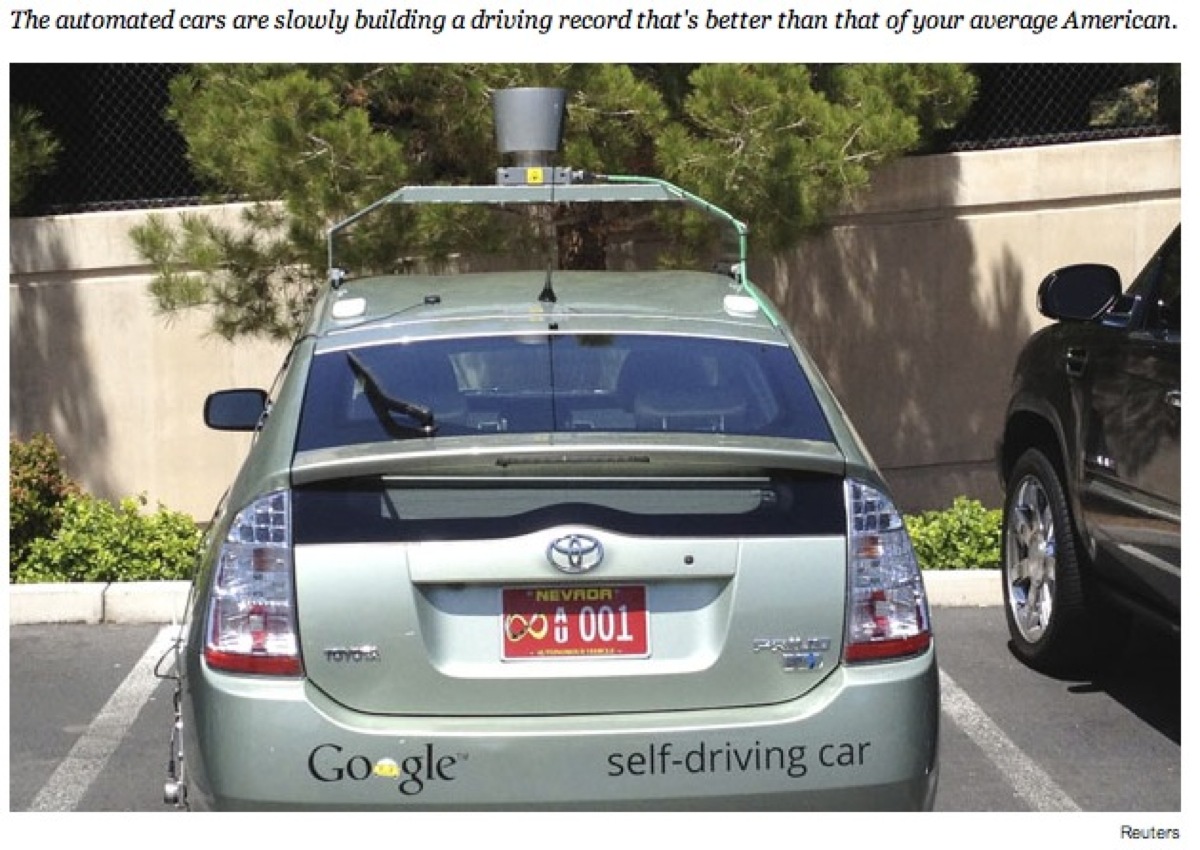 For comparison, in the United States in 2009 there were 10.8 million traffic collisions, according to the Census Bureau. That same year, American cars logged some 2.954 trillion miles, for a collision rate of about .365 per 100,000 vehicle miles traveled. Now, you can’t directly compare the two figures. Google’s cars have been tested in pretty hospitable conditions, not facing, for example, the rigors of a New England winter. And, as Google engineer Chris Urmson, writes, they still “need to master snow-covered roadways, interpret temporary construction signals and handle other tricky situations that many drivers encounter.” Additionally, the cars are still driving with “occasional” human control. But at the very least, the Google cars are slowly building a pretty good-looking driving record.