How One Teacher Built a Computer Lab for Free 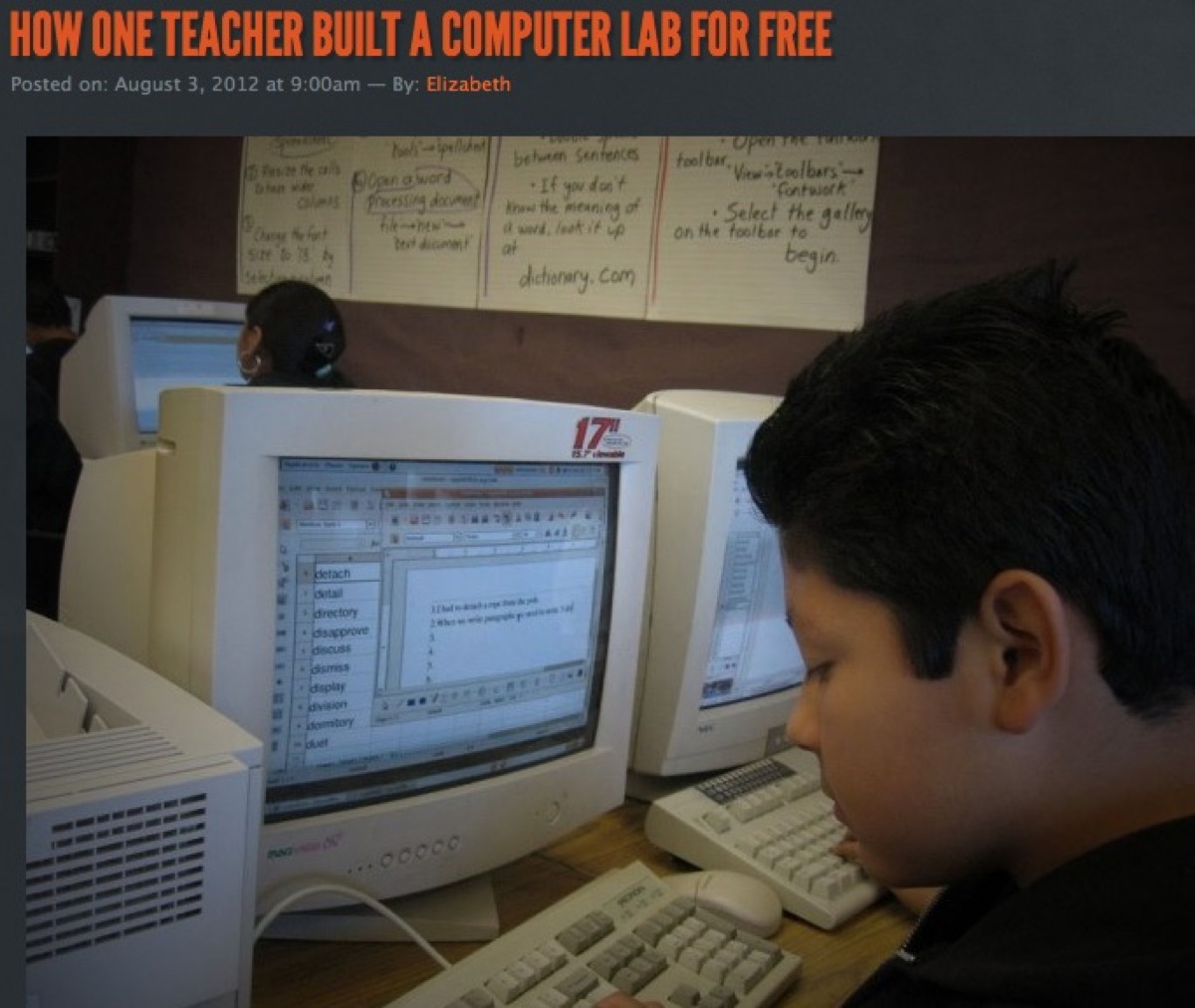 How One Teacher Built a Computer Lab for Free | iFixit.

Most of the computers’ problems could be fixed by wiping the disks and reinstalling the operating system—but buying new software for every donated computer would be prohibitively expensive. So Robert began to research more affordable options. An acquaintance at the Alameda County Computer Recyclers suggested he use a free operating system, such as GNU/Linux. Having never ventured into the world of open-source software, Robert scoured the internet for help. He came upon a local Linux user’s group, a friendly group of people dedicated to helping people get started with free software.

With the help of his local LUG, he got Linux up and running on his 18 donated machines. Suddenly, they were fast. They were clean. They worked well in the classroom. Robert was invigorated, as were his students. His principal saw how excited they all were, and decided to give Robert four hours of teaching leave per week to give him time to find more computers for a full lab for ASCEND. And so Robert became a “teacher on special assignment,” as he puts it.