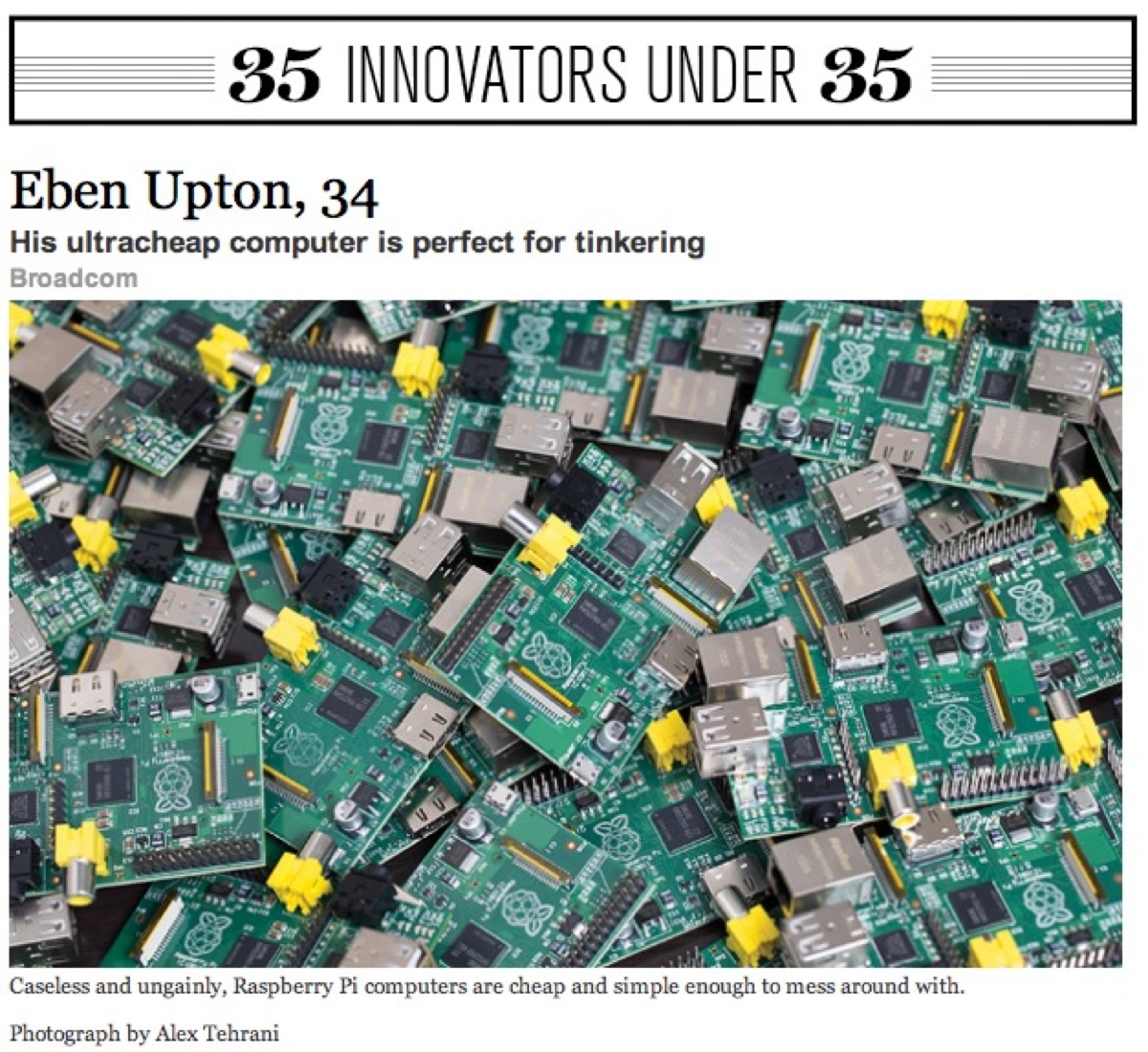 Eben Upton thought a new generation of youngsters might never develop valuable hardware and software hacking skills unless they had access to cheap, hobbyist-friendly computers. So he set out to build one himself. The resulting tiny box, which sells for just $25, has been a big hit. It could boost computer skills not only among children but among adults in poor countries as well.

Upton came up with the idea in 2006, when he was finishing his PhD in computer science at the University of Cambridge. Having agreed to help out with undergraduate computer science admissions, he was looking forward to interacting with teenagers who loved messing around with computers as much as he had when he was younger.

Comments Off on TR35: Eben Upton – 35 Innovators under 35 @Raspberry_Pi