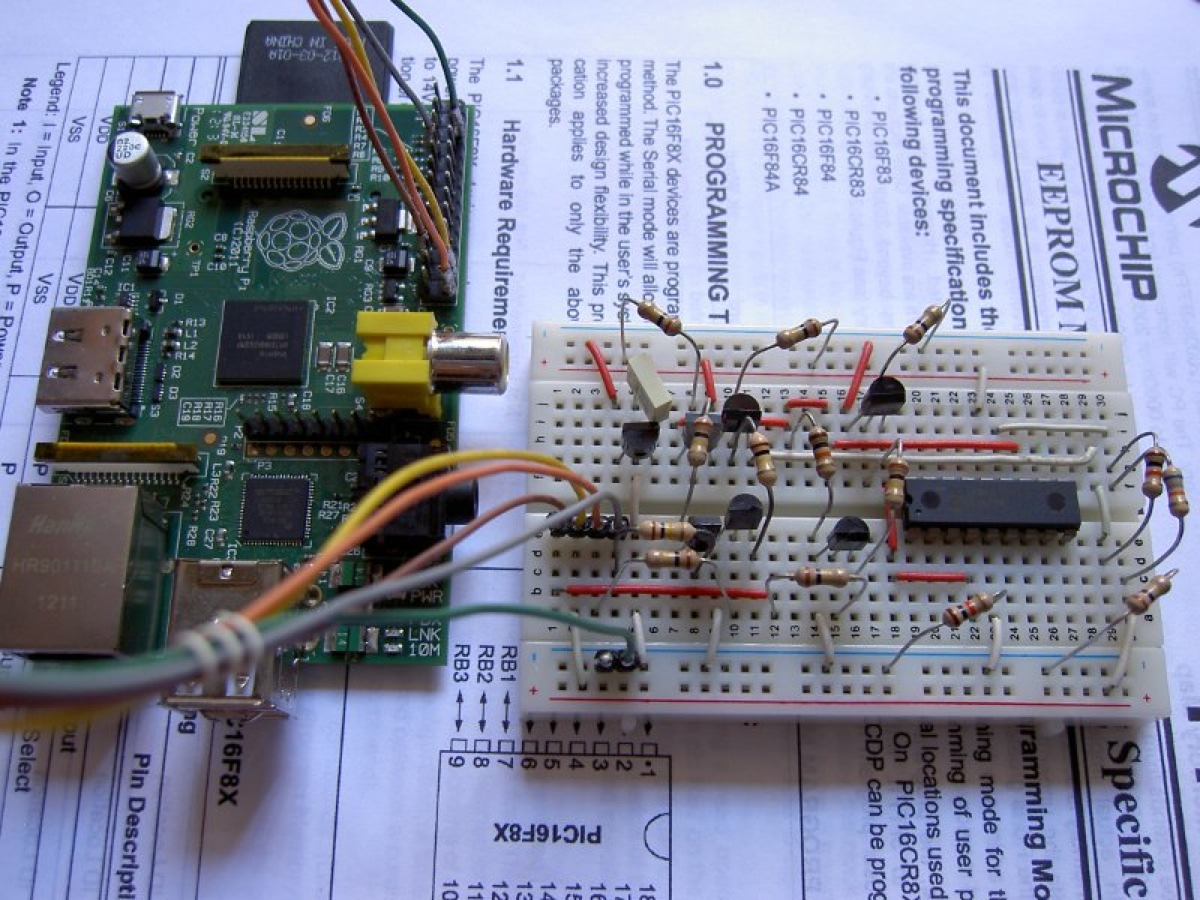 Microchip PIC® 8-bit microcontrollers are quite popular amongst hobbyists, and I’ve used them for a long time in several of my projects. They are very cheap, use only 35 assembly instructions that are easy to learn, and most importantly they use flash memory, which gives you the possibility to program the device virtually as many times as you want during your experiments. Up until now I’ve used a simple serial interface and picprog to program them under Linux, but sadly the trend is not to include a serial port anymore on new computers/laptops. Of course there are USB programmers on the market, but quite often their price exceeds 30€ and not all of them work well on Linux. Also a commercial programmer usually supports hundreds of different chips, while all I needed was a simple and cheap way to program, say, the four chips I work with most of the time. So, with the introduction of the Raspberry Pi, and the possibility to control external hardware through its GPIO connector, I thought it would be worth spending some time to design a simple interface and write a software to program some PICs. The result of about a week of work is rpp – a Raspberry Pi PIC Programmer that uses the GPIO connector.