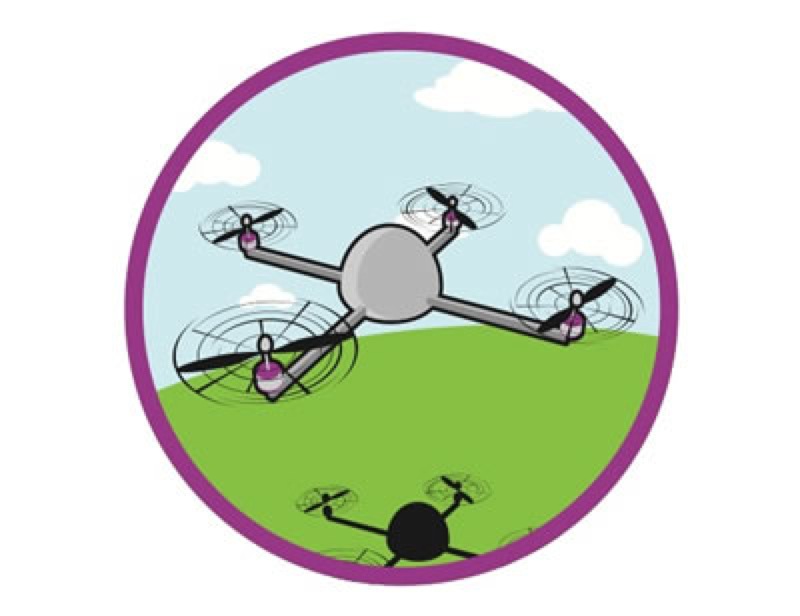 During the contest competitors will test their flying robots along a number of varied dimensions. Robots will compete on their ability to carry heavy objects and stay aloft for long periods of time. Competitors will also test their ability to build robots that can fly autonomously, sometimes using satellite-based navigation and other times navigating using machine vision technology.

“Competitions are a great way to build local community around new technology,” said Chris Anderson, founder of 3DRobotics, the primary sponsor of the competition, “so we are happy to support the Flying Robots NYC competition.” The first place competitor will receive an open source autopilot system courtesy of 3DRobotics.

“Then open source hardware movement has made flying robot technology accessible to everyone, not just the police and military,” said Sameer Parekh, C.E.O. of group sponsor Falkor Systems, Inc. “This technology has the potential to change the way we live and enrich our lives. Over the next few years more and more people will develop flying robot technology, and they will deploy many robots in commercial applications.”

The Flying Robots NYC group draws extensively from supporters in the local electronics technology community, including support from local sponsors such as Adafruit and xCubicle. Adafruit has offered discounts on their entire catalog to members of the Flying Robots NYC community, and xCubicle has been providing meeting space for group members to meet, plan, and get to know one another.

About 3DRobotics
3DRobotics is the leading vendor of Ardupilot hardware and related accessories. 3DRobotics has already shipped more than 10,000 autopilots. By their estimates, 3D Robotics’ customers are flying more drones than the total number operated by the US military.

About Adafruit
Adafruit was founded in 2005 by MIT engineer, Limor “Ladyada” Fried. Her goal was to create the best place online for learning electronics and making the best designed products for makers of all ages and skill levels. Since then Adafruit has grown to over 25 employees in the heart of New York City. Adafruit has expanded their offerings to include tools and equipment that Limor personally selects, tests and approves. Adafruit has one of the largest collections of free electronics tutorials, open-source hardware and software to help educate and inspire the next generation of scientists and engineers.

About xCubicle:
xCubicle is a tech shop by day and a hackerspace by night. Conveniently located in Manhattan, they cater to the tech meetup community and host innovative talks in small group settings.