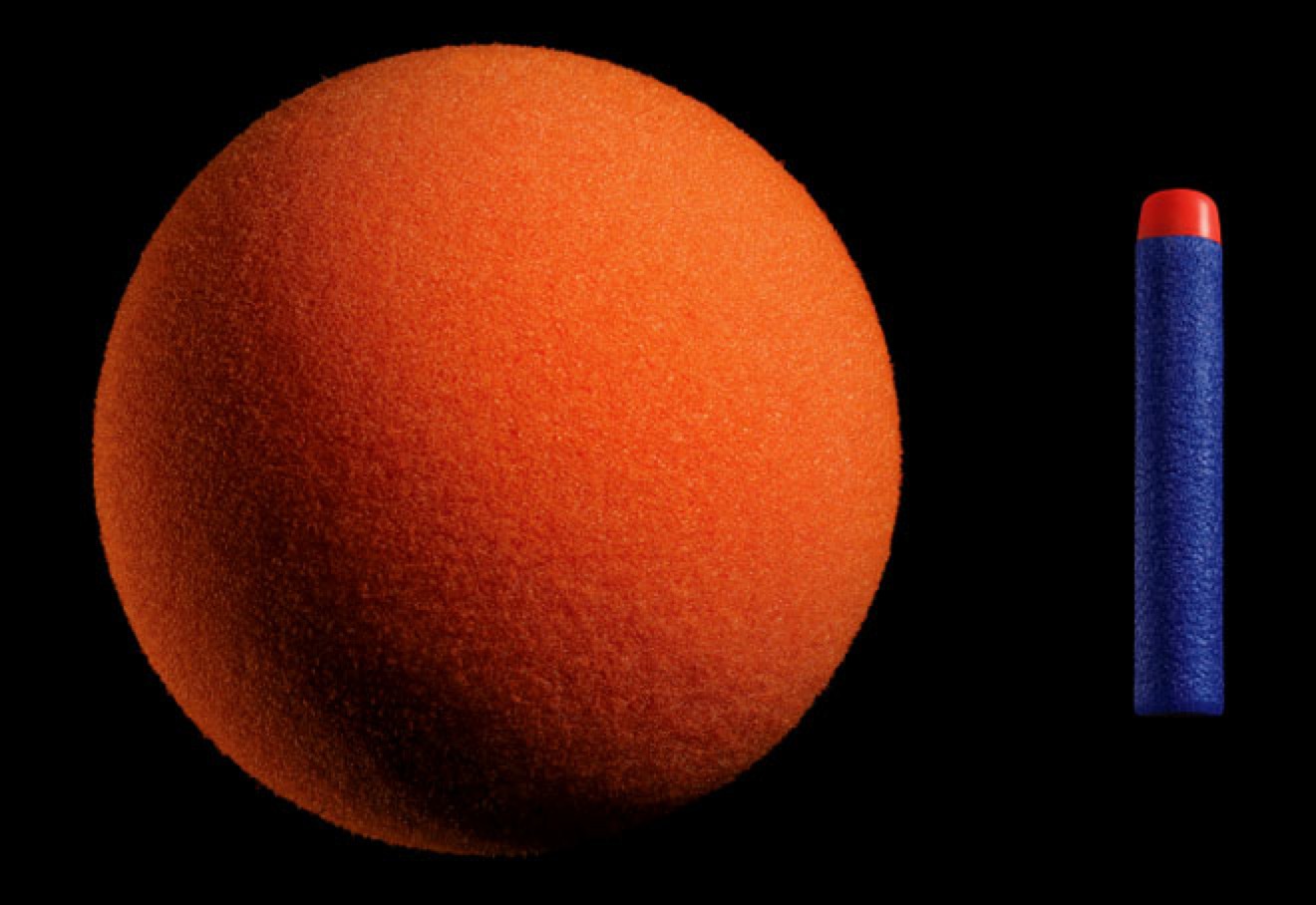 How Nerf Became the World’s Best Purveyor of Big Guns for Kids.

The original 4-inch polyurethane foam ball—just dense enough to be hurled accurately but too light to cause damage—was invented in 1969 by an eccentric Minnesotan named Reyn Guyer, who had also come up with the game of Twister and would go on to produce country music in Nashville. It was licensed by Parker Brothers, who dubbed it Nerf after a kind of foam bumper used to push drag racing cars to the starting line. (How and why the bumper material came to be called Nerf remains a mystery.) Many Nerf products begin life as a foam resin poured into a mold; carbon dioxide bubbles create the material’s signature air pockets. The ball was first released in 1970 in a small black box whose packaging urged, “Throw it indoors. You can’t damage lamps or break windows. You can’t hurt babies or old people.”

By the end of that year, millions of Nerf balls had been sold, with zero babies or old people maimed, and Parker Brothers began to explore other uses for the foam, developing the now-iconic Nerf basketball hoop and the Nerf football.