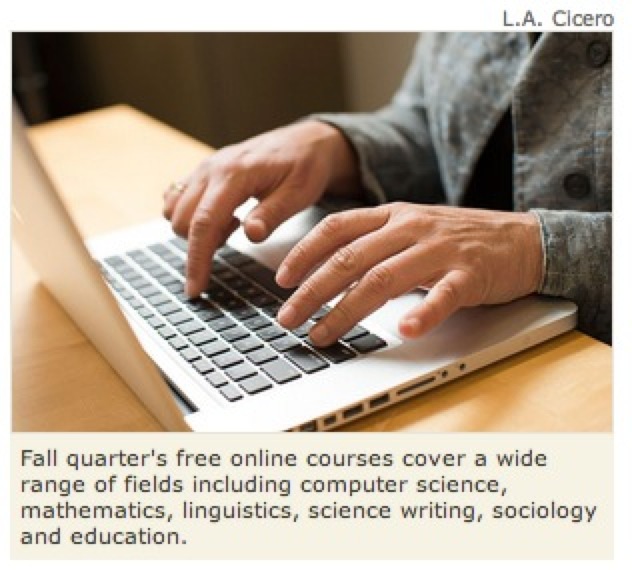 An open-source platform called Class2Go, developed by a team of Stanford engineers, will host An Introduction to Computer Networks, taught by Nick McKeown – an entrepreneur and a professor of electrical engineering and of computer science, whose networking startup, Nicira, was just acquired for $1.26 billion by VMware – and his colleague Philip Levis. Class2Go also will host a course on solar cells taught by physicist Bruce Clemens.

Also notable is a team-based course, Technology Entrepreneurship, taught by Chuck Eesley, assistant professor of management science and engineering; the course garnered 37,000 students when it first appeared last spring. It is hosted on another new platform, Venture Lab, developed by Stanford faculty member Amin Saberi specifically for classes in which students work in teams.

The most widely available online learning platform, Coursera, will host nine Stanford courses this quarter, among them a new course, Writing in the Sciences, taught by epidemiologist Kristin Sainani, as well as Scott Klemmer’s Human-Computer Interaction, which last spring enrolled around 29,000 students. Coursera was developed by two Stanford computer scientists who currently are on leave.