A Robot With a Delicate Touch 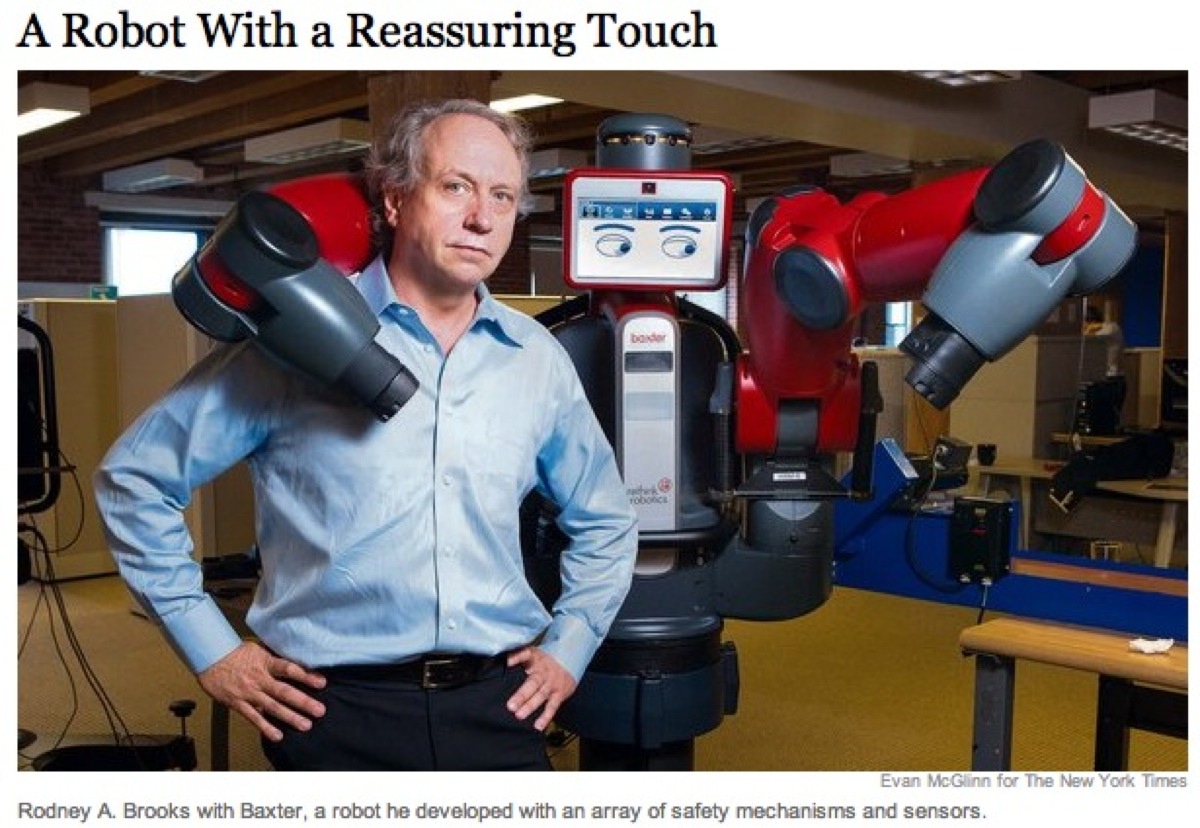 A Robot With a Delicate Touch @ NYTimes.com.

If you grab the hand of a two-armed robot named Baxter, it will turn its head and a pair of cartoon eyes — displayed on a tablet-size computer-screen “face” — will peer at you with interest.

The sensation that Baxter conveys is not creepy, but benign, perhaps even disarmingly friendly. And that is intentional.
Baxter, the first product of Rethink Robotics, an ambitious start-up company in a revived manufacturing district here, is a significant bet that robots in the future will work directly with humans in the workplace.

That is a marked shift from today’s machines, which are kept safely isolated from humans, either inside glass cages or behind laser-controlled “light curtains,” because they move with Terminator-like speed and accuracy and could flatten any human they encountered.

Rethink Robotics was founded in 2008 by robotics pioneer Rodney Brooks. Rod was a co-founder of iRobot © (Nasdaq: IRBT) and held positions there including CTO, Chairman and board member from 1990 through 2011.

From 1984 through 2010, Rod was on the faculty of MIT as the Panasonic Professor of Robotics, and was the director of MIT CSAIL, the Computer Science and Artificial Intelligence Laboratory. While at MIT, Rod developed the behavior-based approach to robotics that underlies the robots of both iRobot and Rethink Robotics.

Now, as Chairman and Chief Technology Officer of Rethink Robotics, Rod is devoted to his mission of creating smarter, more adaptable, low-cost robotic solutions that can help manufacturers to improve efficiency, increase productivity and reduce their need for offshoring.