“The New MakerBot Replicator Might Just Change Your World” 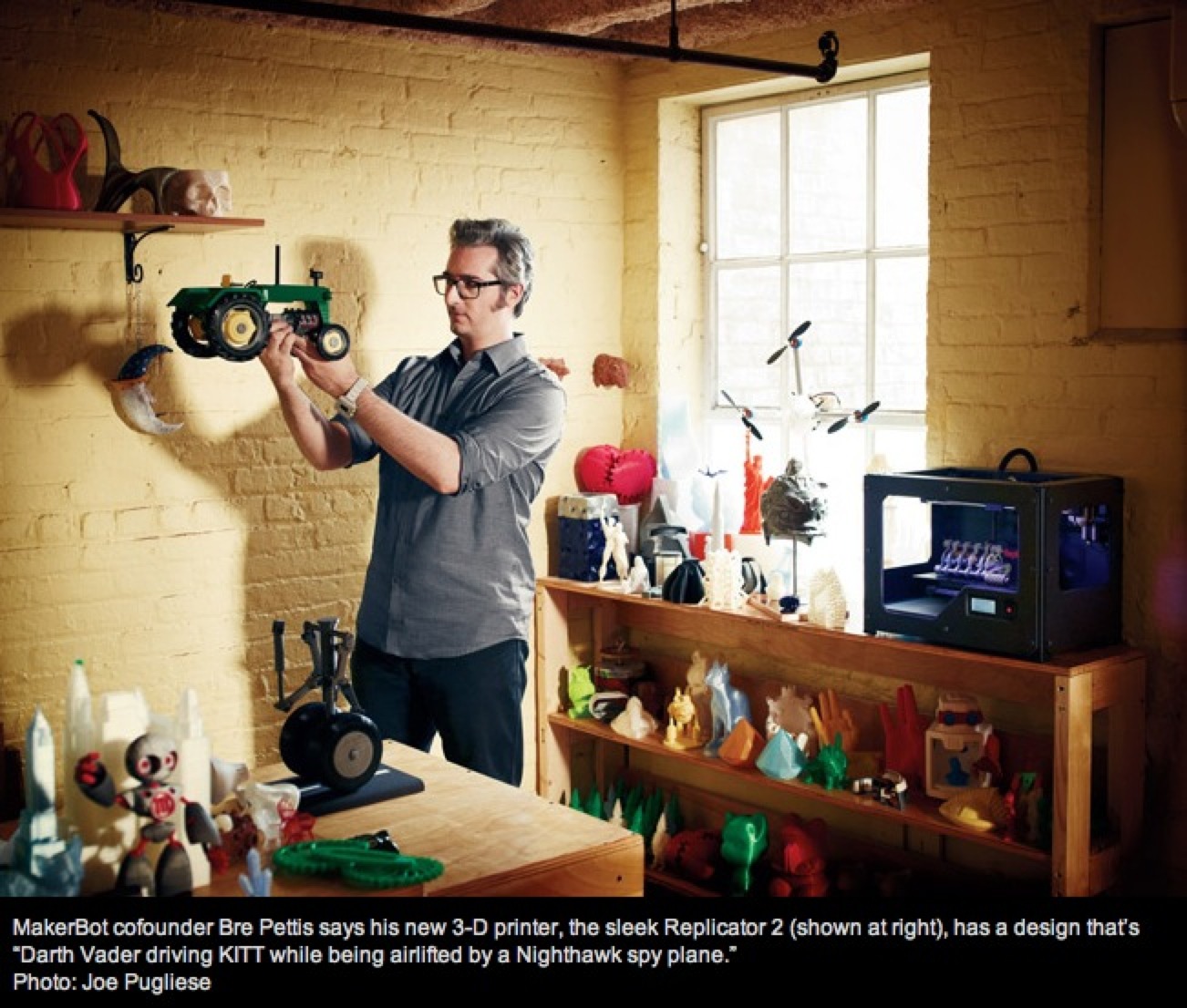 The New MakerBot Replicator Might Just Change Your World.

Take the subway to an otherwise undistinguished part of Third Avenue in Brooklyn. Knock on the door. Wait for some stylishly disheveled young man to open it and let you in. You’ve arrived at the BotCave—the place where 125 factory workers are creating the future of manufacturing.

The BotCave is home to MakerBot, a company that for nearly four years has been bringing affordable 3-D printers to the masses. But nothing MakerBot has ever built looks like the new printer these workers are currently constructing. The Replicator 2 isn’t a kit; it doesn’t require a weekend of wrestling with software that makes Linux look easy. Instead, it’s driven by a simple desktop application, and it will allow you to turn CAD files into physical things as easily as printing a photo. The entry-level Replicator 2, priced at $2,199, is for generating objects up to 11 by 6 inches in an ecofriendly material; the higher-end Replicator 2X, which costs $2,799, can produce only smaller items, up to 9 by 6 inches, but it has dual heads that let it print more sophisticated objects. With these two machines, MakerBot is putting down a multimillion-dollar wager that 3-D printing has hit its mainstream moment.

Unlike the jerry-built contraptions of the past, the Replicator 2s are sleek, metal, and stylish: MakerBot CEO Bre Pettis likens the design to “Darth Vader driving Knight Rider’s KITT car while being airlifted by a Nighthawk spy plane.” There is also the lighting. Oh, the lighting. “LEDs are part of our core values as a company,” Pettis jokes. The new machine will glow in any hue—”to match the color of your couch,” he says, “or like something in the movie Tron.”

You’ve heard of 3-D printers, but you probably don’t own one yet. Pettis thinks the Replicator 2 will change that. 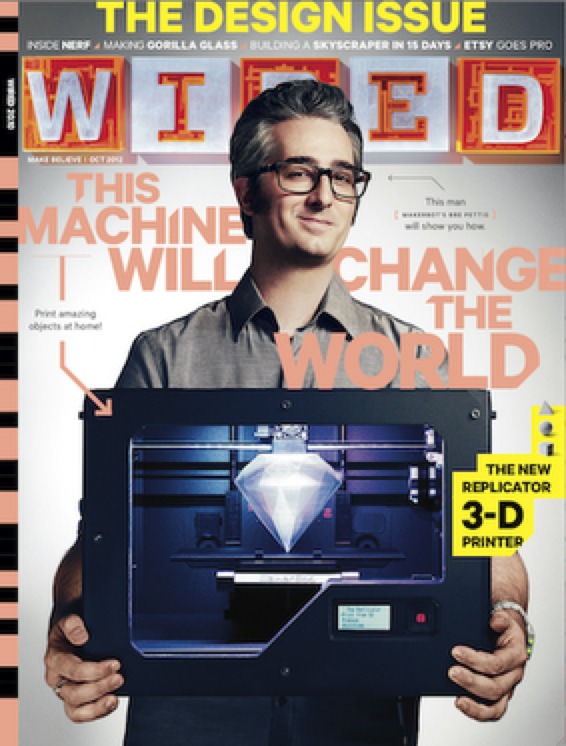 Also, Bre is on the cover of WIRED and there is a MakerBot store in NYC.