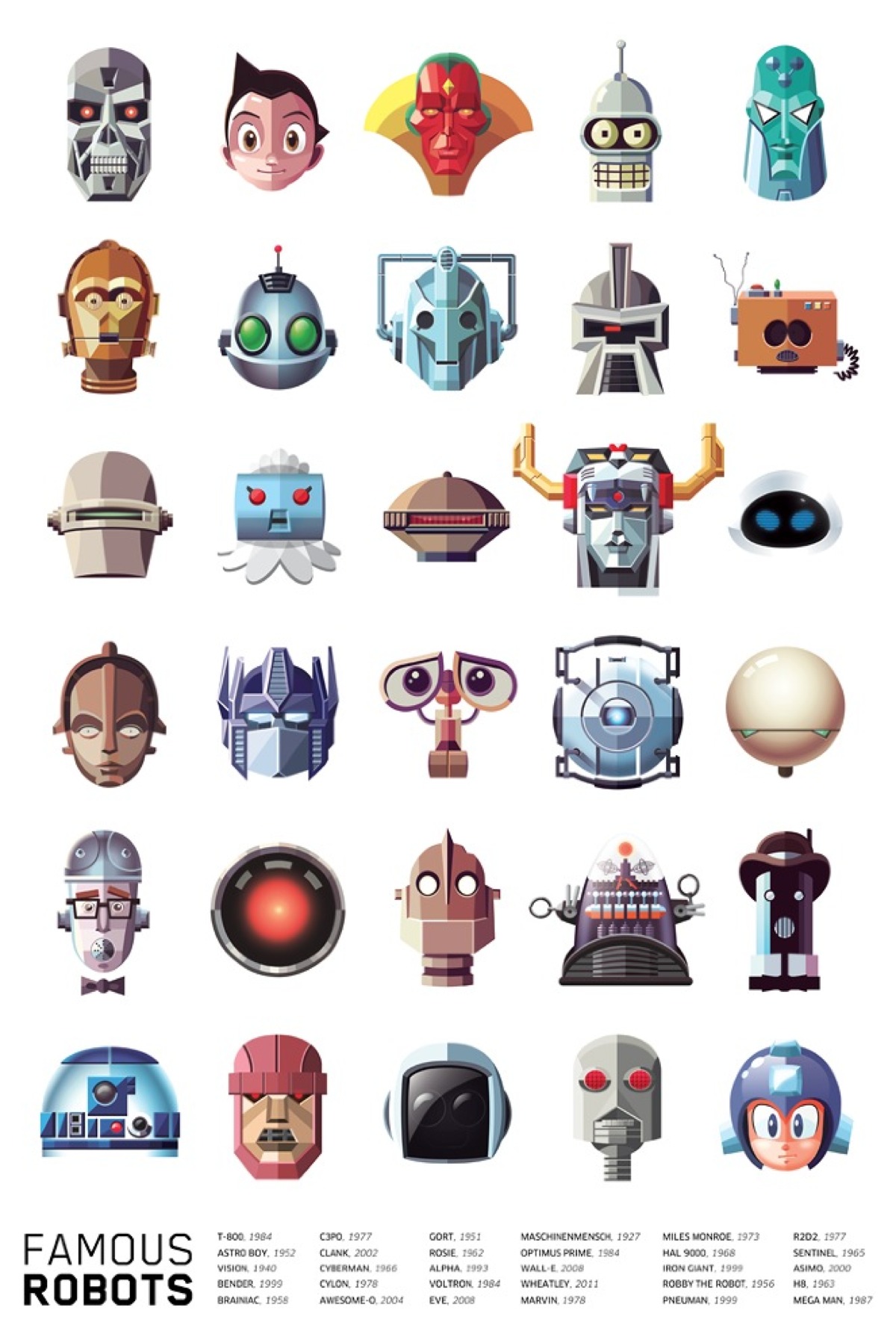 Popular Culture has given us a wide array of memorable characters that, over time have become distinctly iconic. This project highlights specifically those non human, non animal characters from TV, Video Games, Cinema, and Comics that give us every reason to feel nostalgic. Inspired by Robert Ball’s Goodies & Baddies Prints, I wanted to highlight robots whom I believed to be transcendental across the pop culture landscape including classic robots, modern robots and even some non-robots robots.