Everyone Who Wants a Drone Will Have One Soon 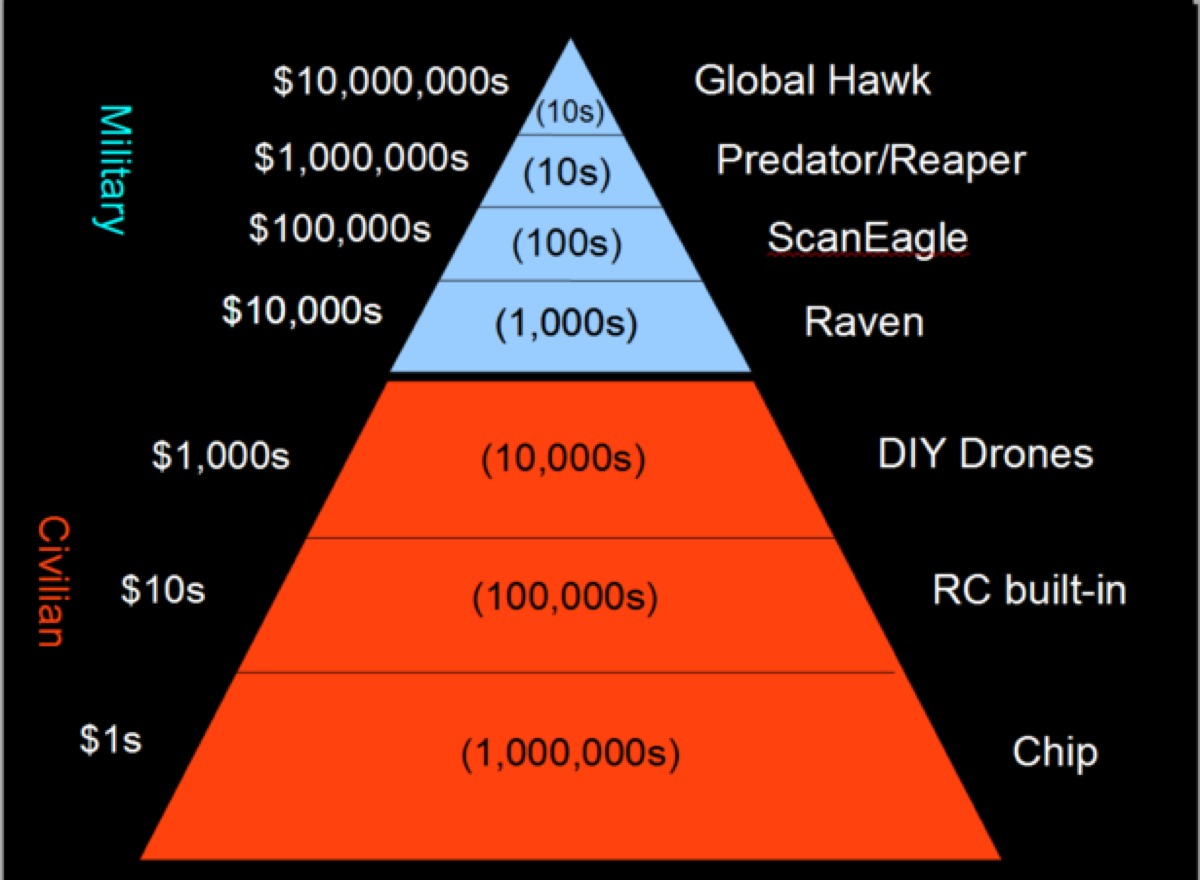 Everyone Who Wants a Drone Will Have One Soon – by Alexis C. Madrigal @ The Atlantic via Bruce.

Our Brian Fung brings word that Iran has a drone, and I think it’s reasonable not to worry about it, per se.

But let’s talk about the (very) near future.

Drones are not like the atomic bomb. There won’t be a day when suddenly we realize that a horrible new weapon has changed the world forever. Instead, one day we’ll wake up and there’ll have been a terrorist attack by a swarm of drones launched by hand from a park across the Potomac from Washington, DC, and no one will know where they came from or who sent them. We’ll wake up one day to a drone peering in our window as preparation for a common burglary.

The price of these unmanned aerial vehicles is plummeting from two sides. On the one hand, you’ve got the toys like the $70 iHelicopter you control with an iPhone. This little guy even has two plastic missiles you can fire!

…“The upshot of all this is that it’s not going to take much to procure a drone and do anything you want with it. And if you try to outlaw them, then, well, only the outlaws (and government) will have drones.

To me, the best parallel is the improvised explosive device, the IED. This weapon gives every army/police force fits because the tech is cheap and commodity and its action is at a distance. What’s going to stop anyone from turning a cheap drone into a flying IED? Or a swarm of cheap drones into flying IEDs? What’s to stop your neighbor from hovering one above his house and streaming HD video of the neighborhood?…