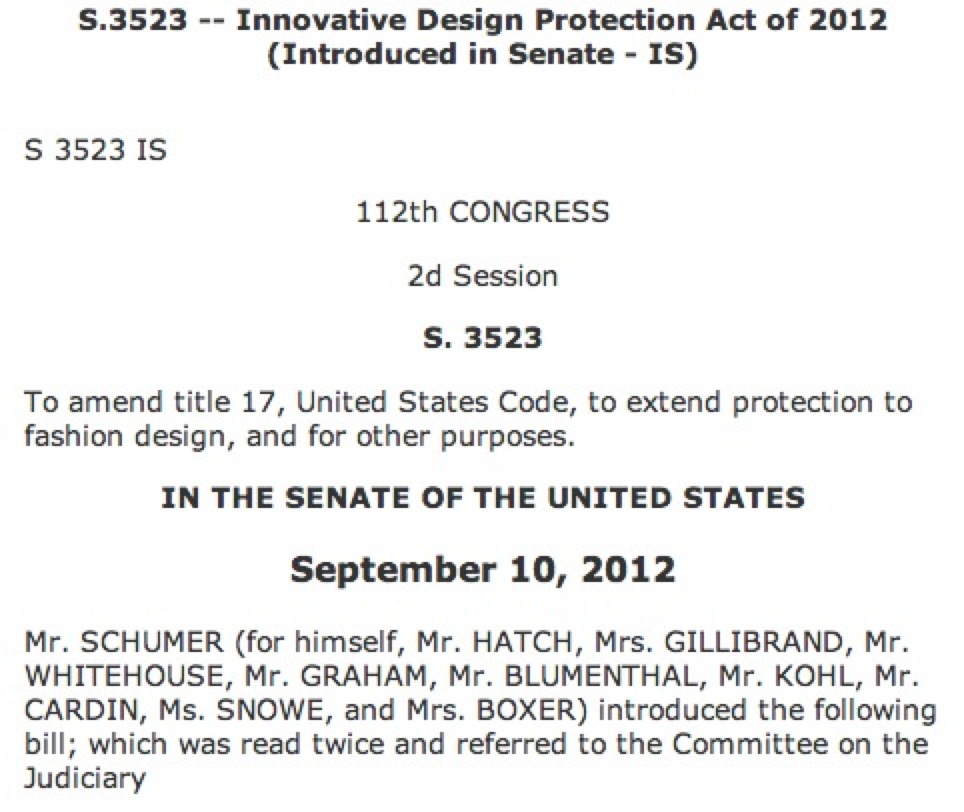 Once again, the Senate is considering a bill that would allow fashion designers to sue people for knocking off their designs. The “Innovative Design Protection Act,” S.3523, is being considered by the Senate Judiciary Committee. The bill, like its predecessors, would create a three-year term of protection for clothing, handbags, eyeglass frames, and other types of apparel, preventing anyone else from using the same design as the original designer. For a look at some of the arguments around earlier versions…

This would be a marked departure from the state of the law now. Currently, apparel designers can apply for design patents to gain limited monopolies on many of their products, and trademark law prevents knockoff manufacturers from pretending to sell originals. But the proposed law would create an entirely new right for clothing designs—something that hasn’t existed in U.S. law.