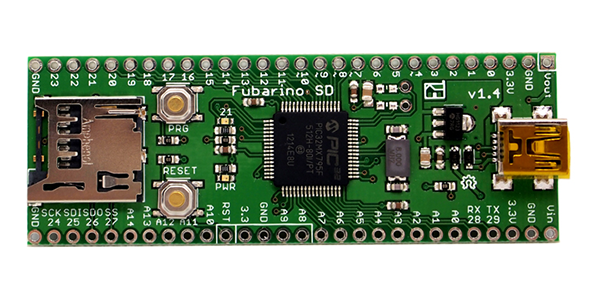 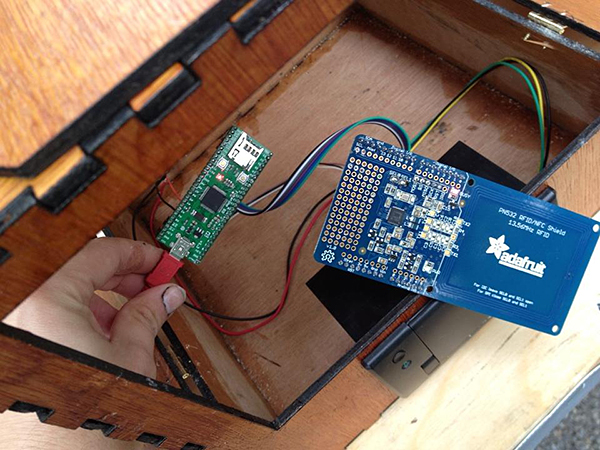 This weekend at MakerFaire, I ran into my friend Rick Anderson. Rick is a founder of FUBAR Labs, a New Jersey hackerspace. For the past few months he’s been working with Brian Schmalz (the EE behind the original EggBot controller) to create Fubarino, a PIC32 dev platform. The first Fubarino board to be released is the FubarinoSD, shown above, top. The bottom picture shows it connected to our NFC shield. Rick writes:

The Fubarino SD board brings affordable, breadboard compatible high speed computing power to the Arduino-compatible chipKIT/MPIDE platform. It is able to run almost all Arduino sketches right out of the box at a great price, and includes more memory, speed, and I/O pins than a typical Arduino or clone. And it includes a microSD card slot for easy sketch access to huge file storage.

If there is enough interest we’ll make a new version called the FubarinoRetro for running embedded BSD Unix.

Even cooler are the upcoming bootloader changes. Sketches can be loaded off of the SD card on the fly with a virtual programmer button.

The standard FubarinoSD uses the 256k-Flash PIC32MX440 chip. As he mentions above, the first 100 boards have 512k due to an initial surplus from another project, and these will run RetroBSD.

Brian has done a beautiful job with the layout on these boards, and I’m looking forward to hacking around on mine when I get it. You can pick up your own fully assembled FubarinoSD at the SeeedStudio Bazaar for $32USD.

The Fubarino is Open Source Hardware, and all the source files are available on GitHub!

Filed under: EE, pic — by johngineer

Comments Off on Fubarino: A Breadboardable Open Source PIC32 Board