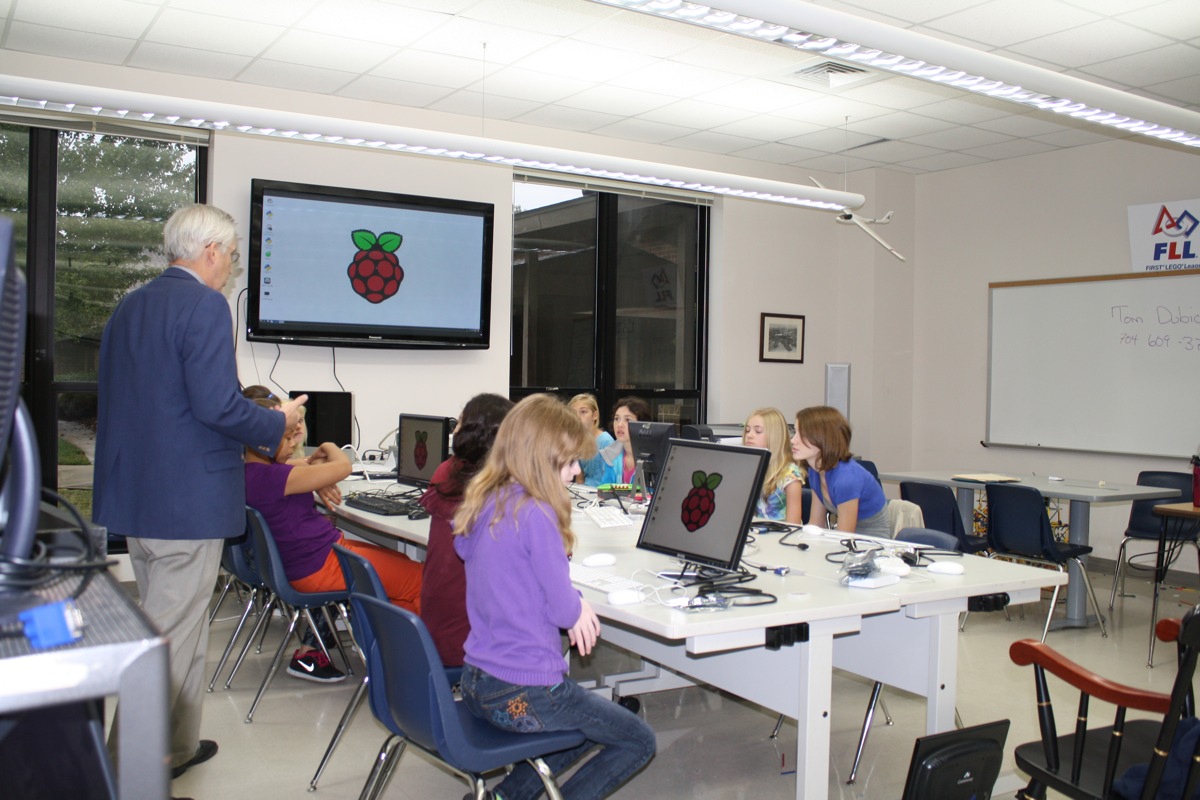 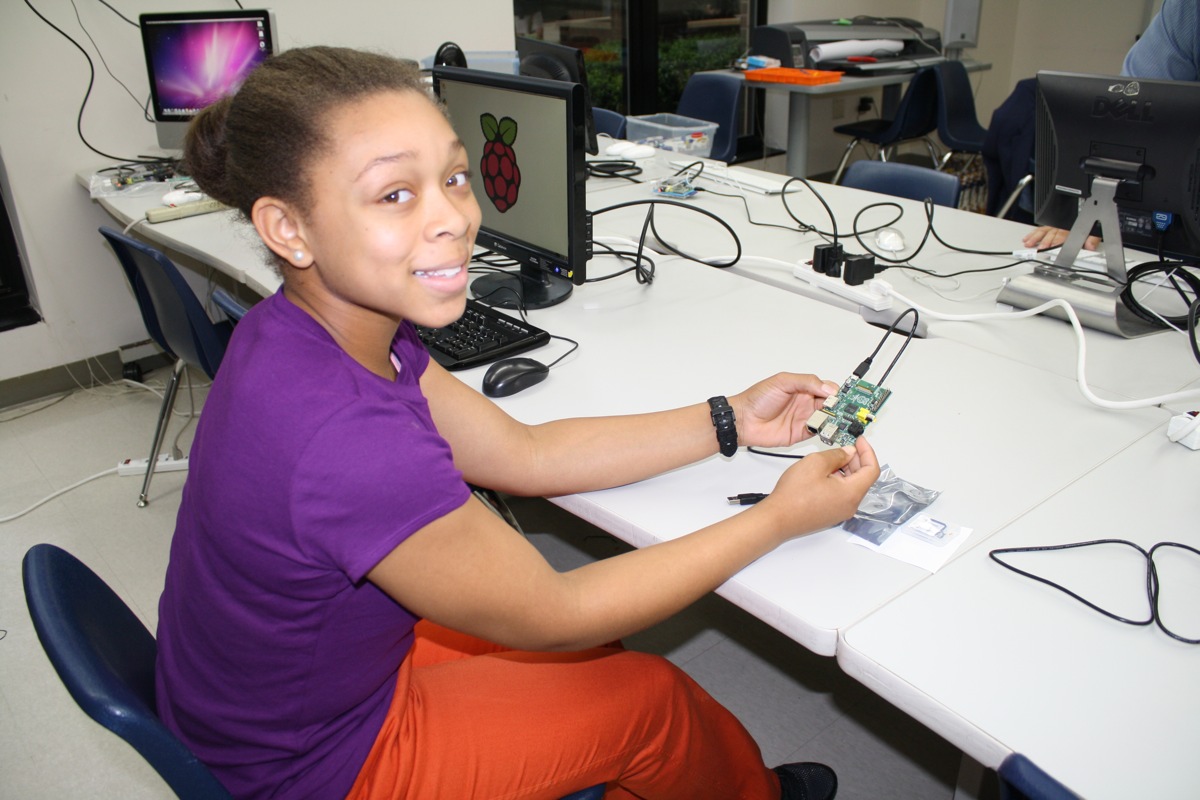 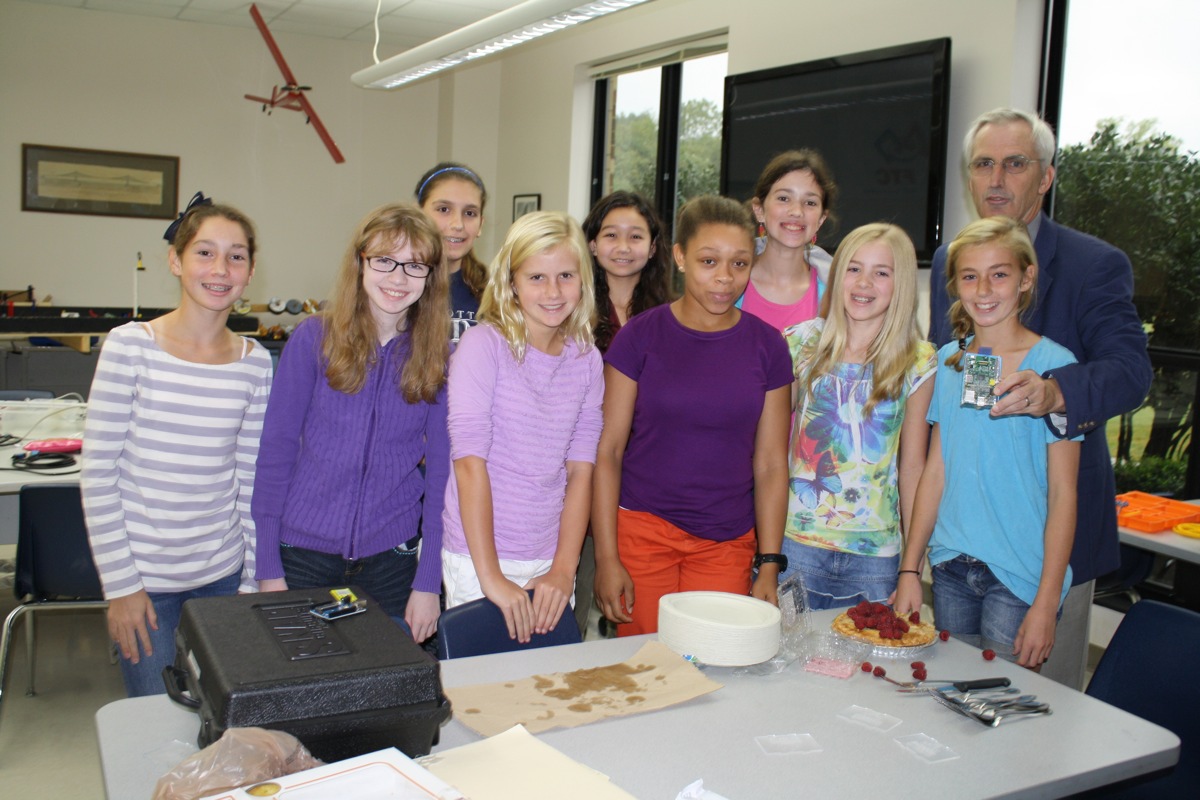 Listed below is my school’s press release.  I have begun using Raspberry Pi in the classroom (after buying some of your stuff).  My 7th grade girls were very excited about these computers in a formal setting.  They will hopefully begin using the computers in ways I have not even considered. I would love to share what we are doing with other teachers, home schooling families and clubs and learn from them as well.

The credit card-sized computer provides an open source operating system and features that give students the opportunity to learn physical computing and programming by allowing them to take apart and reassemble the $35 unit.

As he introduced the Raspberry Pi to his students today, engineering teacher Tom Dubick said, “It’s like a sandbox and you get to play and try new ideas. I am excited to see what you will do with the Raspberry Pi that hasn’t even been thought of yet.”

The engineering class will utilize the Raspberry Pi to learn programming in Scratch and Python and to build systems using sensors, motors, lights and microprocessors such as robotics solutions. Traditional productivity applications like word processing and web browsing also will be explored. 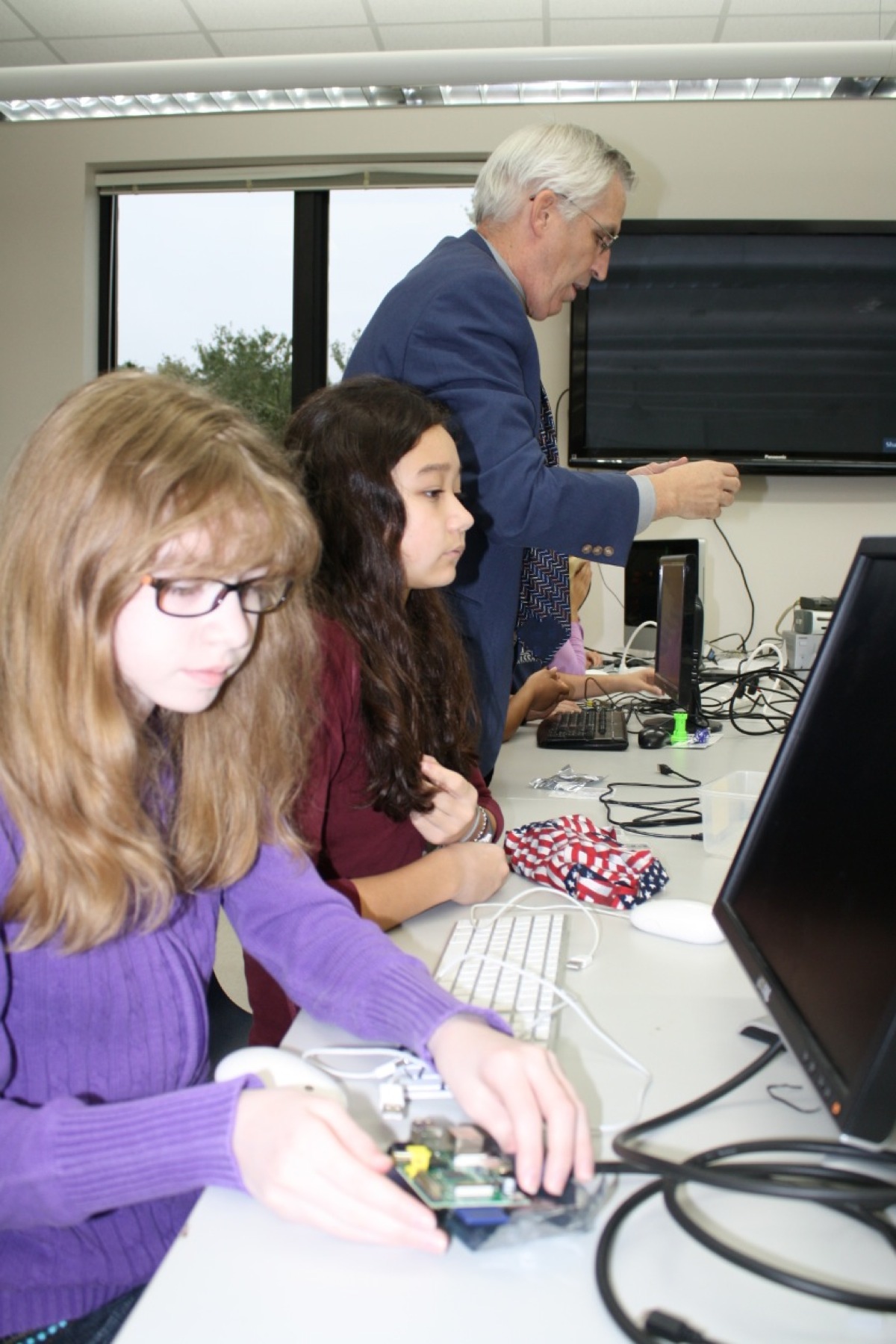 Dubick, a longtime champion of science and engineering education, was a finalist in Time Warner Cable’s Connect a Million Minds educator competition in 2011. “At Charlotte Latin School, we are excited by the
possibilities and challenges that come with being a leader in this exciting development in STEM education. Our students are doing math and science when they learn how a computer works or a microcontroller can be programmed. They are doing engineering when they develop an unique use of the Raspberry Pi to solve a problem.  It will be a great opportunity for our students to experience the creativity and beauty found in engineering and design.”

The Raspberry Pi connects to the Internet or to a television monitor to create a media center. Multiple units can be connected to create a supercomputer. Users continue to discover new uses for the Raspberry Pi, which are posted on its blog.

The idea of providing a tiny and cheap computer for children was conceived in 2006 by computer scientists at the University of Cambridge’s Computer Laboratory who were concerned by the decline in numbers and skill levels of their student applicants. The combination of powerful and expensive desktops, laptops, pads and smart phones resulted in young computer enthusiasts paying less attention to exploring physical programming and more on designing and working with feature-rich multimedia applications. The affordable Raspberry Pi lets students boot into a programming environment and explore technological concepts without fear of damaging an expensive computer.

Introduced in Great Britain in 2011, the Raspberry Pi has been deployed in British and European classrooms and in developing countries where its low power requirements and affordability are making computers accessible. The amazing popularity of the computer led the developers to create the Raspberry Pi Foundation to ensure support for this educational initiative (visit www.raspberrypi.org for more information).

Founded in 1970, Charlotte Latin School is an independent, non-sectarian, coeducational, college-preparatory day school with 1402 students in transitional kindergarten through grade twelve. Charlotte Latin does not discriminate on the basis of sex, race, color, religion, sexual orientation or national origin in the administration of its educational programs, admissions policies, financial aid policies, employment practices, or other school-administered programs. For more information, visit www.charlottelatin.org.