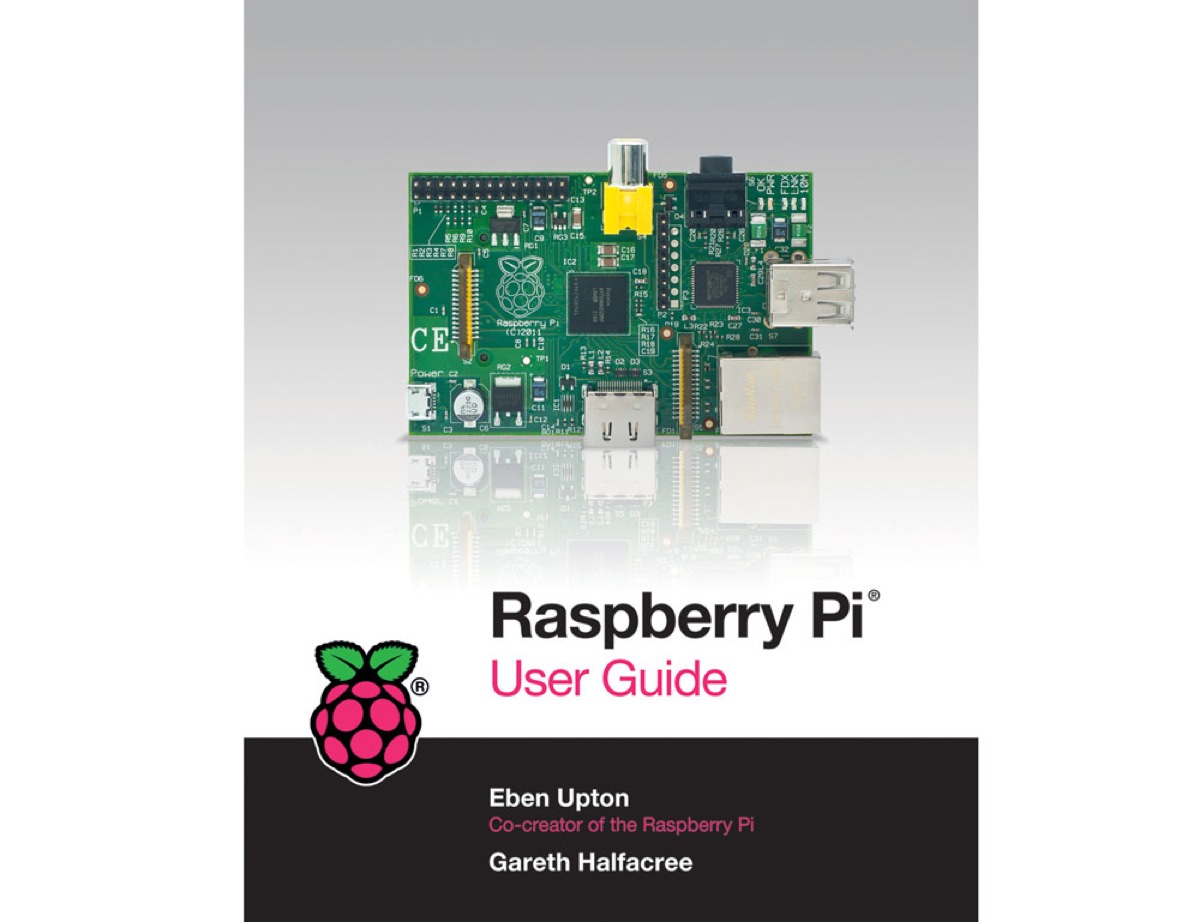 Raspberry Pi User Guide is an ideal companion when starting out using the Raspberry Pi board.

The Raspberry Pi® is a single-board computer developed in the UK by the Raspberry Pi Foundation with the intention of stimulating the teaching of basic computer science in schools. The design is based on a Broadcom BCM2835 system on a chip (SoC), which includes an ARM1176JZF-S 700 MHz processor, VideoCore IV GPU, and 256 megabytes of RAM. The design does not include a built-in hard disk or solid-state drive, instead relying on an SD card for booting and long-term storage – Wikipedia.

Raspberry Pi® and logo are trademarks of the Raspberry Pi Foundation.

The book should be here soon, sign up to be the first to get a copy!