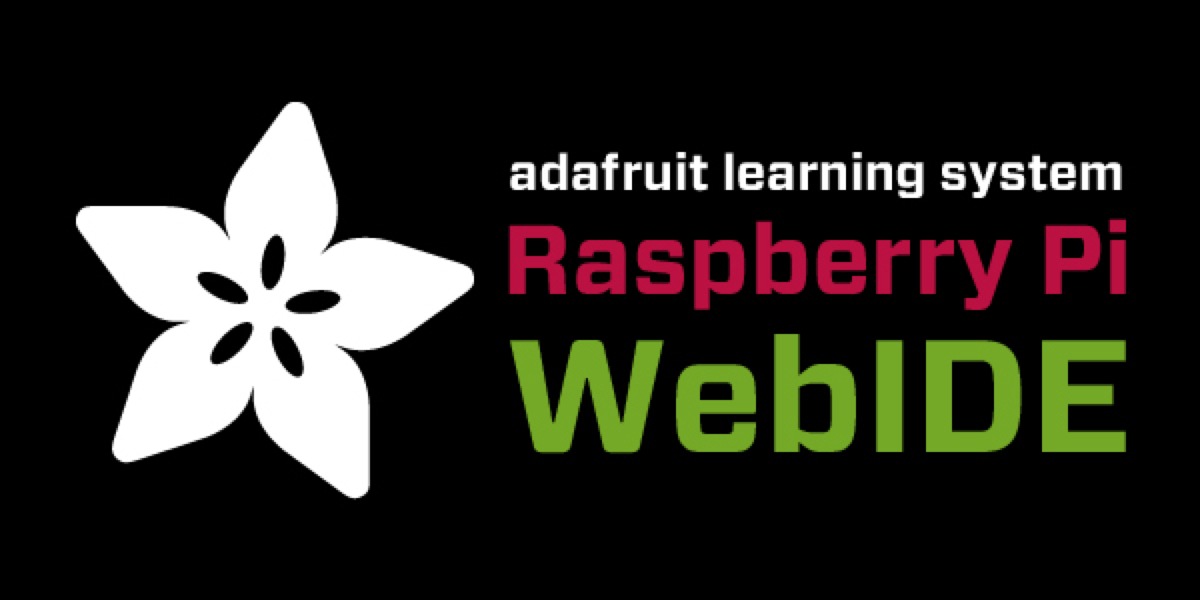 We have gotten some fantastic feedback regarding our WebIDE, and have already pushed out three updates since we publicly launched the alpha last Friday!  Here are some of the great comments from testers thus far:

The Terminal Link is quite impressive, as it create a cool linux terminal embedded into the web browser:
-it’s resisable
-we can also copy/paste text into it
-we can move it around
-We can call more than 1

Very nice job! i think i will use it instead of my Putty client (As i’m working headless with my raspberry pi)

Installed the IDE on Saturday it took a while but everything worked as advertised. It makes learning less of a hassle especially if you are running a headless Pi. I’m slowly working through http://learnpythonthehardway.org/book/ and hope to be starting to program something meaningful for my project in a couple of weeks. I’ve found a couple of little annoyance and will report them through git. Great job Adafruit!

Head on over to the Adafruit Learning System to learn how to install the Raspberry Pi WebIDE on your Pi.  Remember, it is still in alpha, so it does contain some bugs.  We are squashing them like crazy and are on our way to a much more stable beta release soon. 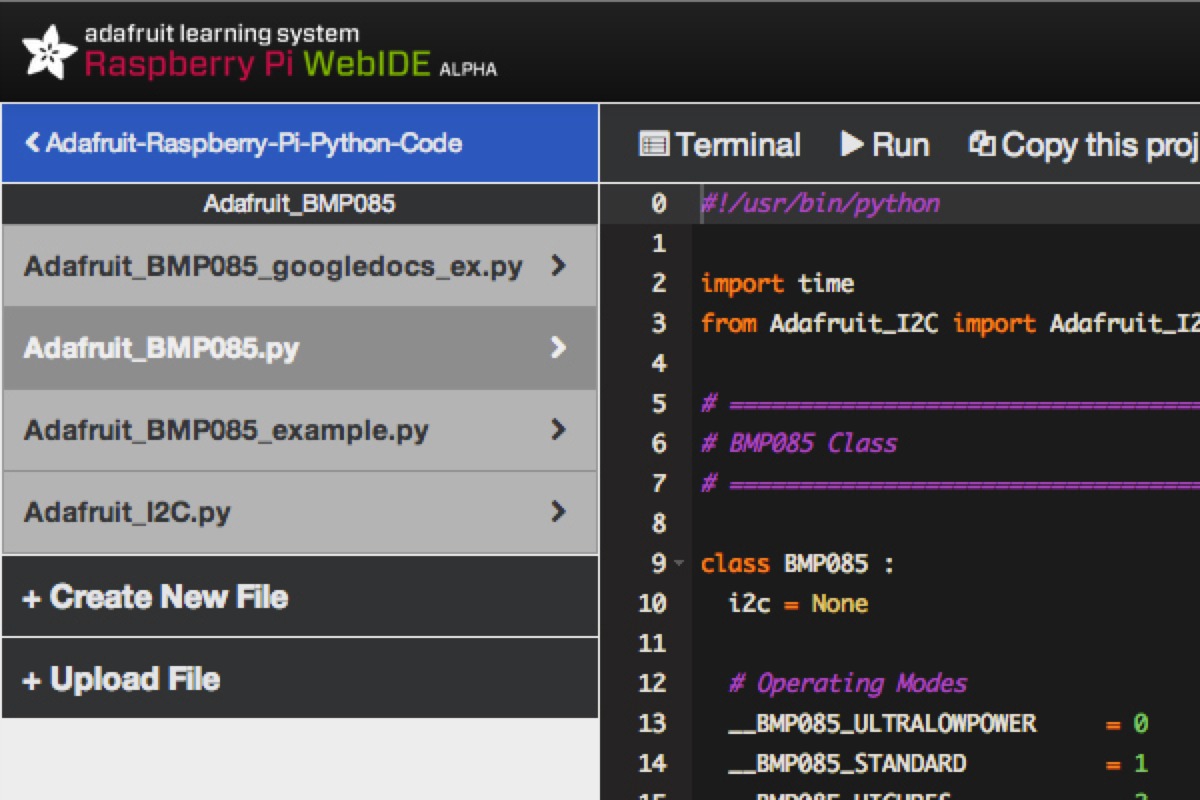