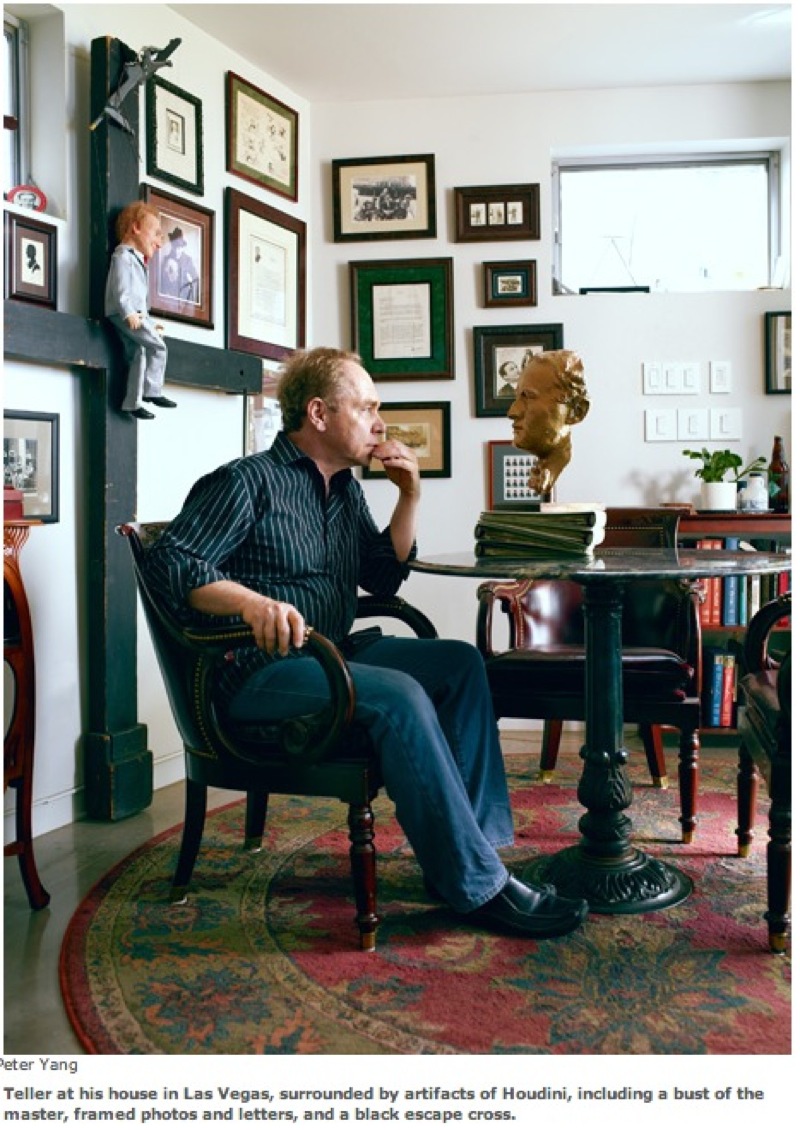 While someone like David Copperfield can fortify his grand illusions against larceny by making them too baroque and expensive to copy — to do the Appearing Car, you have to have a car, for starters — Teller has to rely on simpler defenses. In 1983, he obtained a U. S. certificate of copyright registration for Shadows. It was the first time he’d attempted anything of the sort. Teller knew that Houdini, beset by copyists, had tried to protect his tricks by writing them into one-act plays. (Pantomimes were, and remain, protected by law.) Teller wasn’t seeking to defend Shadows as a magic trick, but more as a piece of performance art. His filing even included a typewritten description of the trick in which he refers to himself as “the Murderer,” along with an illustration of a grinning Teller, clad entirely in black, carving up a rose by slicing into its shadow.

Until Bakardy came along, Teller had never needed his copyright filings to stake a claim. “It’s not like good manners and generosity are inappropriate ways to behave in the world,” he says. When he has contacted light-fingered magicians in the past, they have always apologized and stopped performing the trick. For instance, he does a trick in which he spills handfuls of coins into a tank filled with water, and they somehow turn into living, breathing goldfish. It’s a throat-catching effect, and a magician in Sweden, who had seen Teller performing the trick on TV, studied the tape and finally lifted it. After Teller called him, the magician said sorry, boxed up his props in a crate, minus the fish, and shipped them to Las Vegas.

This time around, Teller offered to pay Gerard Bakardy several thousand dollars for the time he spent working on the Rose & Her Shadow. He had to promise only that he would stop performing and selling the trick. Bakardy, after asking whether Teller might help him bring Los Dos de Amberes to America, countered with a higher price. No one will confirm exactly what that amount was, but it was allegedly more than $100,000. “It really wasn’t possible for me to come to any terms,” Teller says. “It ended up having certain elements that reminded me of a kidnapping.”

Teller, who had already persuaded YouTube to take down the offending video, asked Bakardy whether his demands were firm. Bakardy said they were.

Teller had a decision to make.

Wow, interesting – copyrighting a trick as a one-act play.

Comments Off on Copyrighting magic tricks…