Selfstarter – make your own Kickstarter 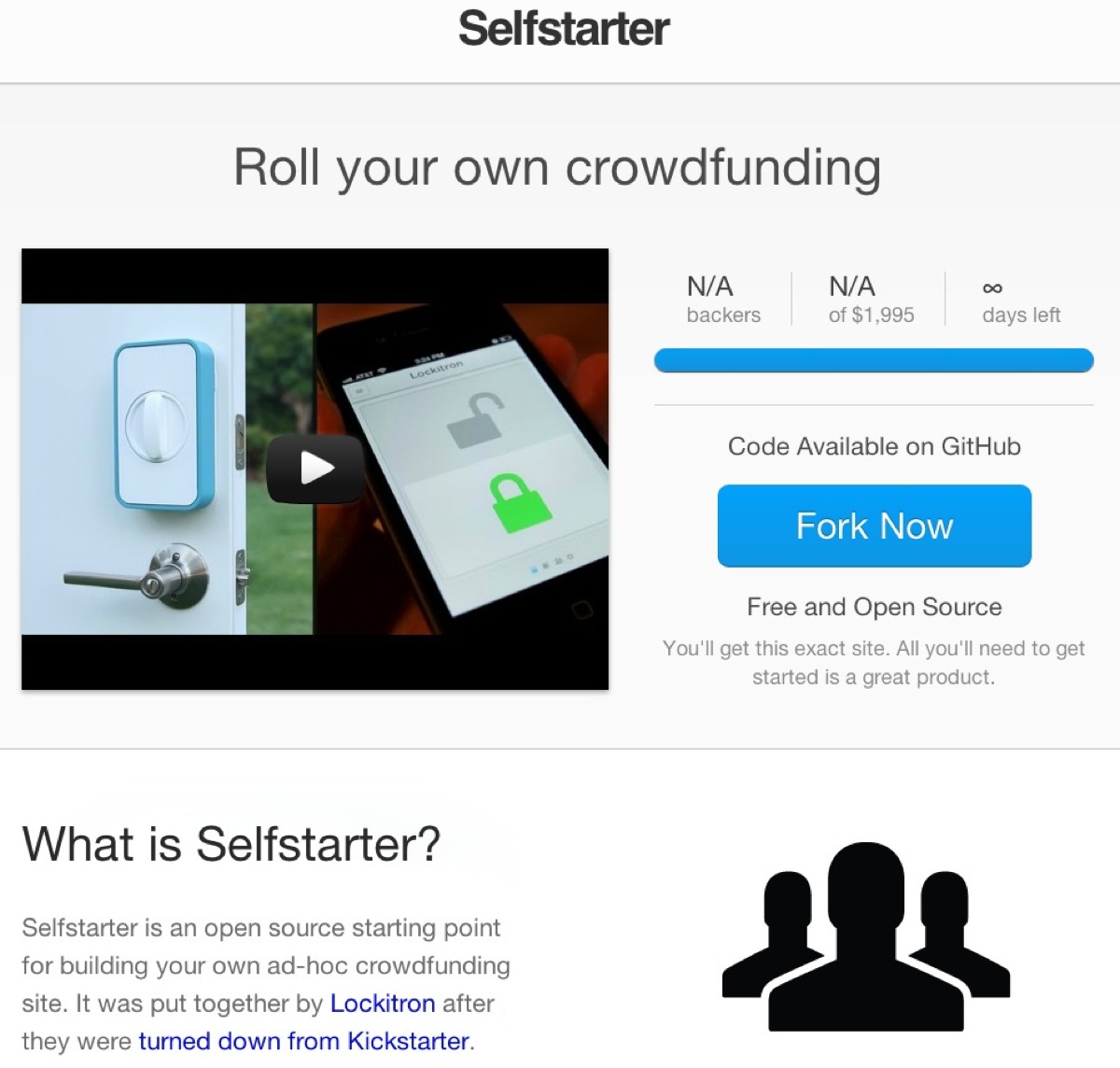 There’s been no shortage of controversy surrounding Kickstarter this year as the crowdfunding platform has gained popularity, prompting the institution of new rules and belt-tightening measures in recent months.

Now, however, there’s a brand-new alternative: Meet Selfstarter, an open source platform that lets anyone “roll their own” crowdfunding effort by simply forking its code.

“Hardware startups are less welcome on Kickstarter than they were six months ago,” explains the Selfstarter project. “We needed to roll our own Kickstarter, so we did. Other hardware startups probably will too, so we made it easier for them by open sourcing our way of doing it.”

Comments Off on Selfstarter – make your own Kickstarter