FoxBots Being Deployed in China 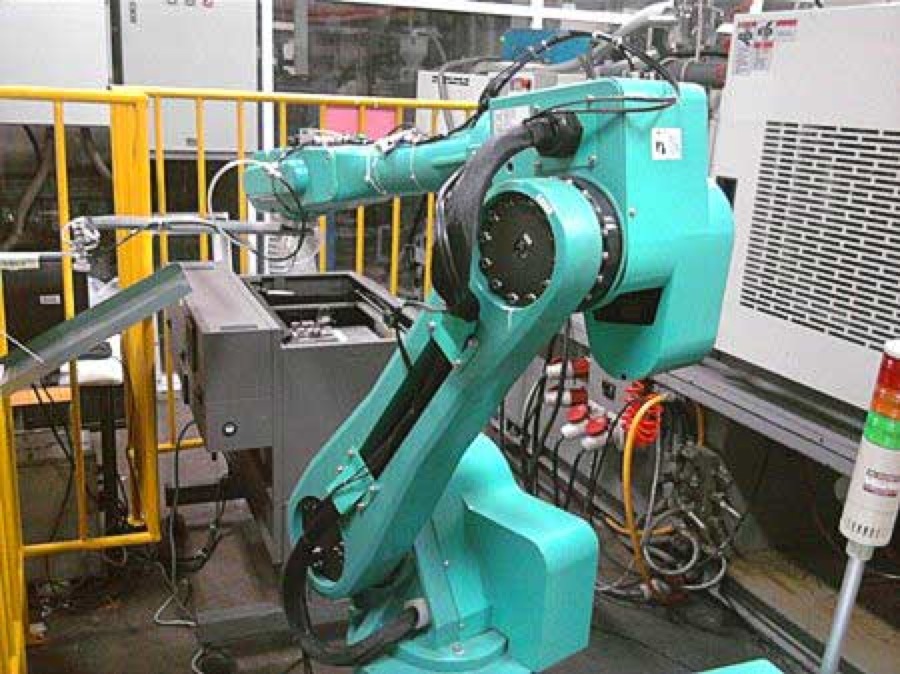 FoxBots Being Deployed in China | Robohub via FoxConn.

Foxconn, the wholly-owned subsidiary of Taiwan-based Hon Hai Precision, has begun deploying their own brand of industrial robots to their factory in Jincheng, Shanxi Province, China, according to various reports from China news sources. Shanxi Province is an area where Foxconn is partnering with local governments – spending $16 and $27 million respectively – to build factories and employ 200,000+ local workers. One of those new factories is earmarked to manufacture robots.

The turquoise industrial robot shown above is called a FoxBot and about 10,000 of them have been manufactured and deployed since 2011 into one of the Foxconn factories in Jincheng.

One article said that although some robots were already being deployed, progress is slow and that Foxconn will only deliver and install 1/10 of the 300,000 projected for the end of 2012. But there have also been recent news stories about a series of negative incidents similar to the ones 18 months ago that prompted Foxconn to announce plans to launch their own robot-making facility and their intention to deploy 1 million robots by 2014.

Comments Off on FoxBots Being Deployed in China