Getting LEDs in your costumes #electronichalloween

Okay, so Becky has covered some great EL Wire projects earlier this month, but here some great LED costume solutions! 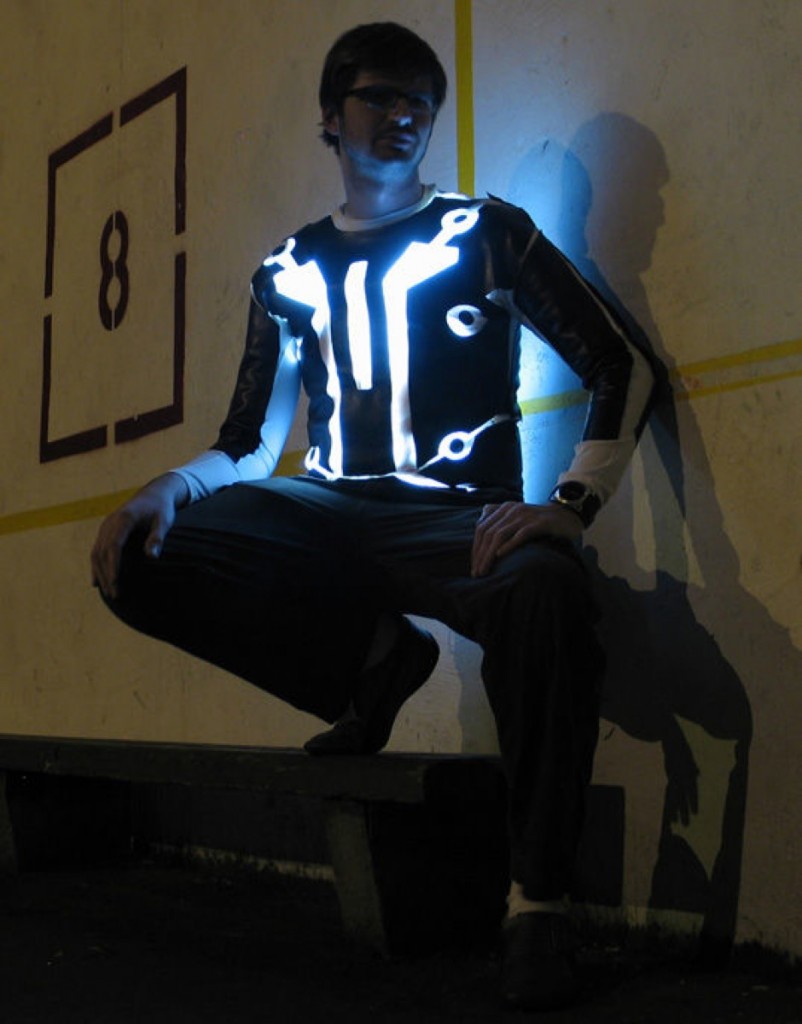 (Light)paint me a heretic, but you don’t necessarily need to use EL wire to create the Tron costume of your dreams. Check out this project by Sheet Metal Alchemy for Tronning-in-LED:

My goals in making this costume were to make a robust, easily washable, waterproof, Tron-style suit which was energy efficient to minimize battery weight and hardware bulk. To do that, I had to dodge the commonly used EL wire implementations and switch to LEDs.

Even if you aren’t interested in making a Tron suit, I would highly recommend reading the section on lighting implementation – I did not individually stitch each LED with conductive thread…instead I used a combination of silicone coated LED strips and faux leather to produce a beautiful, diffuse light without seeing those pesky LED points.

The Internets are full of great Iron Man costume (XRobots!) and Arc Reactor LED projects (Skimbal!), but I really liked this chest strap from ChaozLabs for the great glow-behavior and 3D printed enclosure! Wear it under a t-shirt for a nicely understated Tony Stark-as-civilian look.

Speaking of understated and awesome, I love the Kraftwerk-inspired LED tie from Evil Mad Science!

The above video was created by a crew of folks who followed this project tutorial from deadinsect:

This is a visually stunning fancy dress costume using LED rope lights and a plastic washing basin to create a deep sea bioluminescent jellyfish thing. Perfect for Halloween, or any party where it’s going to be dark. People will stop in their tracks to start dancing round you, or simply have a spasm. You will feel like a total attention whore, but you will love it too.

Why stop at a few LEDs? Check out this LED-encrusted nightmare, a costume-within-a-costume, here>:

Um…that’s a lot of LEDs you’ve got there, buddy.

Why stop at too many LEDs when you can go further and make an RGB LED television Video Coat! 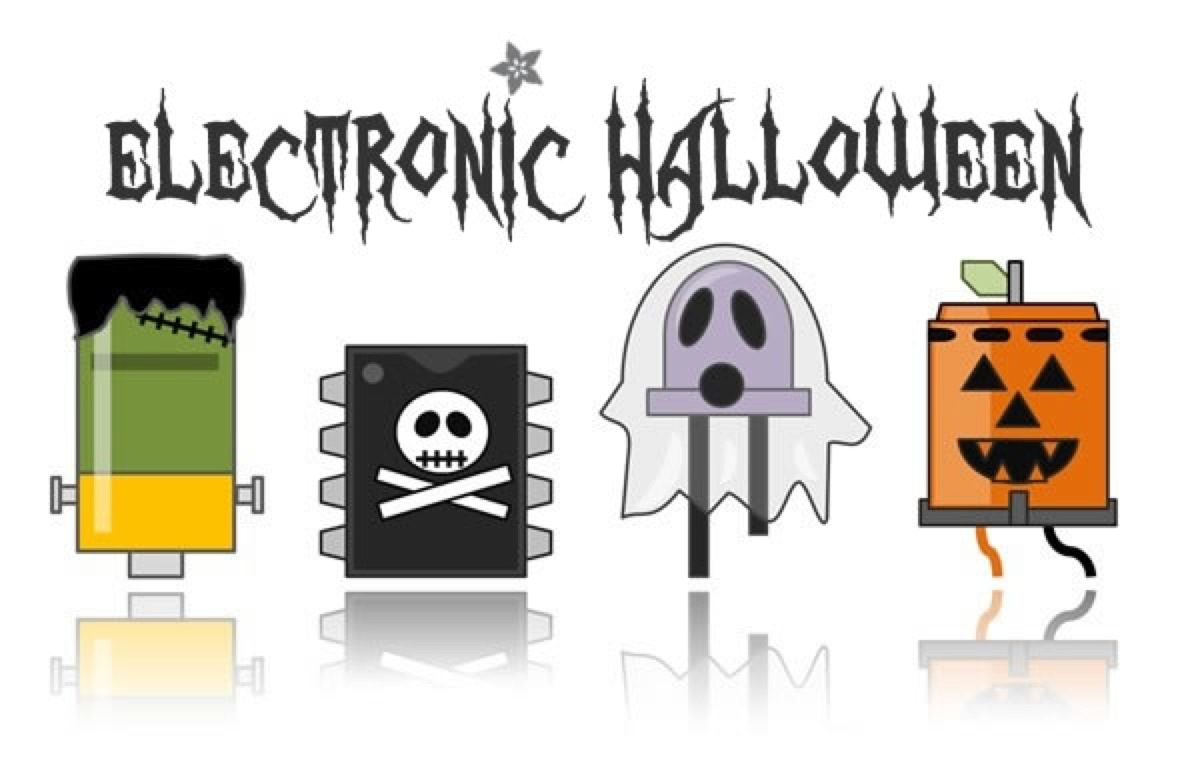 HAPPY HALLOWEEN! Each day this month (Monday-Friday) we’re going to have a special “Electronic Halloween” post here on Adafruit. It will be a hack, mod, project or something we’ve found that combines all the best things about electronics and Halloween.

Don’t miss our FIRST EVER Google+ Live Hangout On Air Costume Contest! It will be on Saturday, October 27th! Stay tuned for more info about that– for now be sure to join the Adafruit Google+ page!

View all our Electronic Halloween posts here! From now until 10/31/2012 use the code HALLOWEEN2012 on check out to get 10% off anything in our “EL Wire/Tape/Panel” category.

Filed under: halloween — by Matt

Comments Off on Getting LEDs in your costumes #electronichalloween