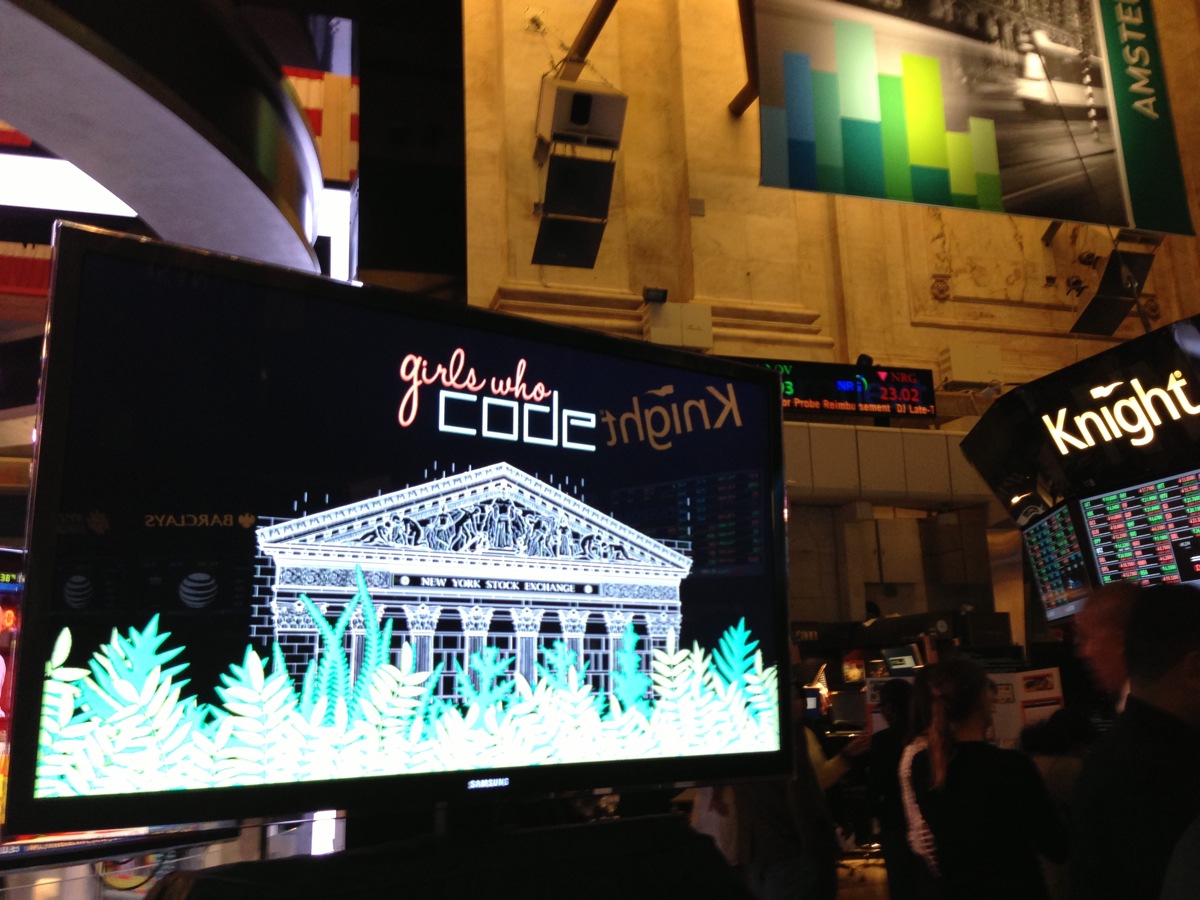 The Girls Who Code Inaugrual Gala was at the New York Stock Exchange was on October 22, 2012. It was in support of young women who are New York City’s future entrepreneurs and engineers, they unveiled the apps they built during the Girls Who Code program.  The evening began the Social Investor Presentation where the Girls took over the NYSE Boardroom to pitch their creative technology and ability to change the future.  The pitches were then followed by a networking reception and demos on the NYSE Trading Floor. Ladyada and pt stopped in and took some photos, it was PACKED! This was the first time any of the Adafruit team has visited the NYSE Trading Floor! Congrats to all the young women who are heading in to engineering because of this program!

WHO WE ARE
Girls Who Code is a new organization working to educate, inspire and equip 13- to 17-year-old girls with the skills and resources to pursue opportunities in technology and engineering.

WHAT WE DO
Together with leading educators, engineers, and entrepreneurs, Girls Who Code has developed a new model for computer science education, pairing intensive instruction in robotics, web design, and mobile development with high-touch mentorship led by the industry’s top female developers and entrepreneurs.

WHY WE DO IT
Today, just 3.6% of Fortune 500 companies are led by women, and less than 10% of venture capital-backed companies have female founders. Yet females use the internet 17% more than their male counterparts and represent the fastest growing demographic online and on mobile, creating more than two-thirds of content on social networking sites. Technology companies with more women on their management teams have a 34% higher return on investment, and companies with women on technical teams increases teams’ problem-solving ability and creativity.

Filed under: ald, educators — by adafruit

Comments Off on Girls Who Code Inaugrual Gala #GWCGALA @girlswhocode