Makers of the World Unite: Tech Comm, Art, and the Maker Movement 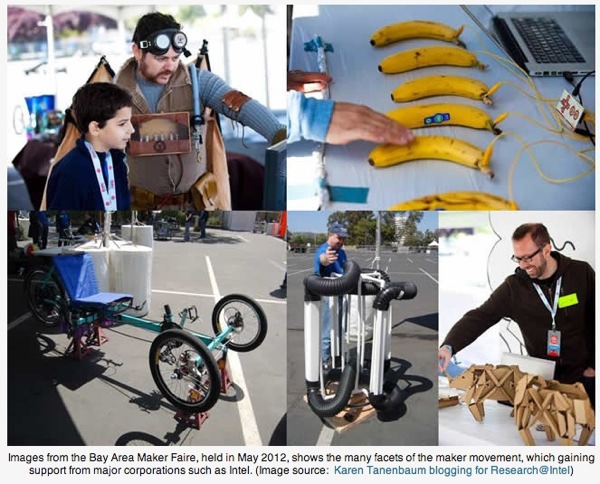 Makers of the World Unite: Tech Comm, Art, and the Maker Movement.

Subculture, movement or worldwide network, the maker movement is driving innovation and invention in the 21st century, and shares technical communication ties in two of its champions, Tim O’Reilly and Dale Dougherty.

In every age of scientific exploration, there have been stories of the everyman inventor, the humble pioneer who changed the world while working from scratch. The 19th century had the story of the Curies discovering radioactivity in a petri dish, while the 20th century had the stories of Alexander Fleming turning moldy bread into penicillin, and Bill Gates selling the first Microsoft computers out of his car.

The 21st century may well tell the story of the “maker movement”, a subculture of inventors, engineers and scientists who create everything from open source software programs to personal robots in their spare time and with their own materials. This century may be the age of the invention community – ordinary people sharing the simple joy of creating something with their own two hands with a worldwide network of their fellow inventors.

From within their basements, hobby shops and garages, “makers” have emerged as a force to be reckoned with.

Comments Off on Makers of the World Unite: Tech Comm, Art, and the Maker Movement