Play Tetris on this Pumpkin #electronichalloween 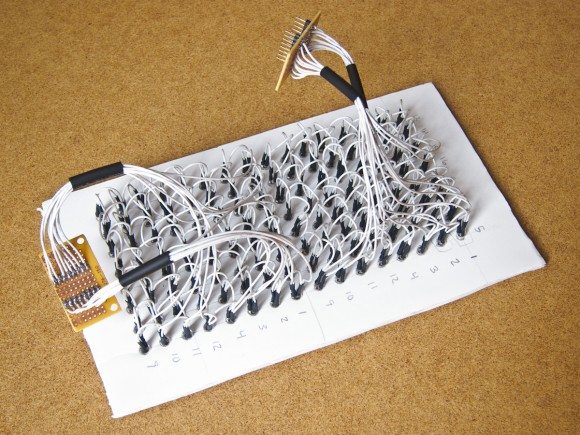 The Adafruit LED Matrix Backpack is meant to have its LED matrix soldered right to the board, but instead I soldered on female headers that would permit me to plug in either the mini LED matrix for code testing or the large matrix for deployment. Someone will probably be along to tell me I need a resistor here or there or I’m going to blow some chip up—and they’re likely right—but it seems to have worked so far as-is.

To connect my own matrix to the I2C Backpack, I cut down a piece of prototyping board and soldered in the male headers, then connected the 8″ wires from the last row and last column of the matrix to the board. 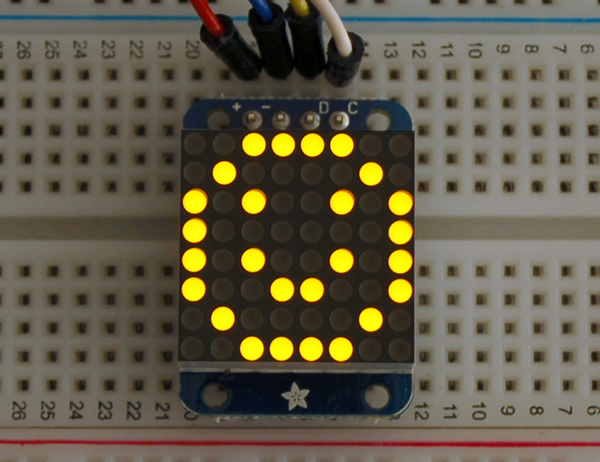 Adafruit LED Matrix Backpacks -What’s better than a single LED? Lots of LEDs! A fun way to make a small display is to use an 8×8 matrix or a 4-digit 7-segment display. Matrices like these are ‘multiplexed’ – so to control 64 LEDs you need 16 pins. That’s a lot of pins, and there are driver chips like the MAX7219 that can control a matrix for you but there’s a lot of wiring to set up and they take up a ton of space. Here at Adafruit we feel your pain! After all, wouldn’t it be awesome if you could control a matrix without tons of wiring? That’s where these adorable LED matrix backpacks come in.