Arduino Due VGA Signal Out 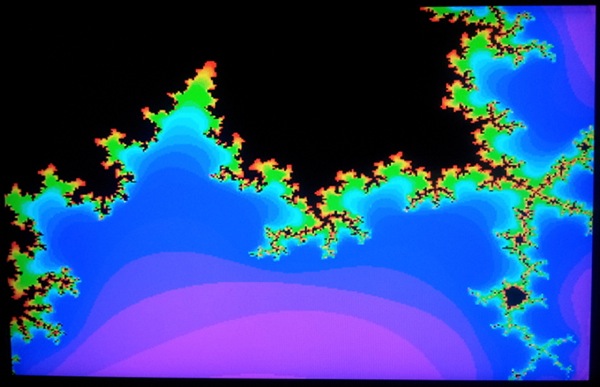 “After working out how to do a timer interrupt I’ve had a go at making a VGA framebuffer. It is rather low-res at present(160×240) and fuzzy but I hope to be able to improve that. It has 8-bit colour (RRRGGGBB).

“I cannot get Eagle to run right now so will have to describe the schematic in text:” 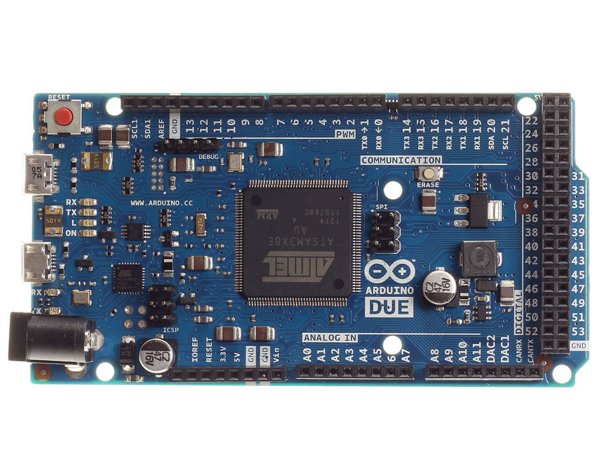 Arduino Due – assembled – Due

Put your Arduino project on TURBO mode with the high-speed, high-power Arduino Due! The Due cranks it up to 11 with an 84 MHz ARM core processor – 512K of FLASH storage! 96K of RAM! Both USB client and host! The Arduino Due is ideal for those who want to build projects that require high computing power. For example, remotely-controlled drones that, in order to fly, need to process a lot of sensor data per second – or an audio player that uses the built in Digital-to-Analog converter.

The Arduino Due also gives students the opportunity to learn the inner workings of the ARM processor in a cheaper and much simpler way than before.

To scientific projects, which need to acquire data quickly and accurately, Arduino Due provides a platform to create open source tools that are much more advanced than those available now.

Main features of Arduino Due

Comments Off on Arduino Due VGA Signal Out