Check out this great conceptual architecture project — one of the things I had really wanted to catch at the 3D Print Show in London. Via fast company:

Though scientists like USC’s Behrokh Khoshnevis and Enrico Dini are edging ever closer to developing a 3-D printer large enough to print houses, the technology is still a long way from being widely implementable. That hasn’t stopped architects from designing for it, though–after all, plenty of great architecture is unbuildable.

A London design studio called Softkill is leading the way, painting a far-out picture of what 3-D printed architecture could eventually look like. At last week’s 3D Printshow, the team of Architectural Association grads presented a concept called ProtoHome, which imagines a radical new mode of construction based on the strengths of 3-D printing. Their design is in stark contrast to other 3-D printed home schemes, which are either markedly utilitarian or oddly traditional.

The spindly, web-like structure is based on an algorithm that mimics the way bones grow in human bodies. It directs extra material to the points of greatest stress within the home, and tells them to form stronger bonds in those spots–hence the rabbit’s warren of micro-columns that form under the home’s long cantilevered deck. 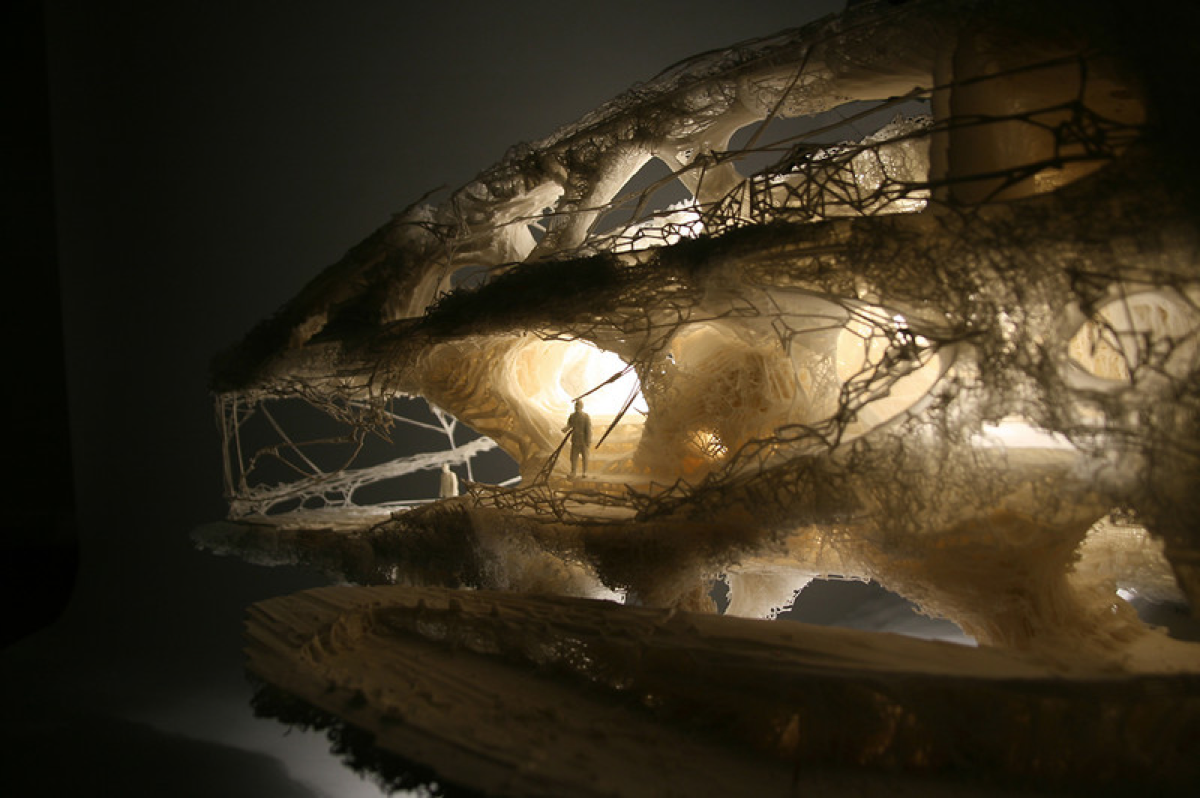 Every Thursday is #3dthursday here at Adafruit! The DIY 3D printing community has thrilled us at Adafruit with its passion and dedication to making solid objects from digital models. Recently, we have noticed that our community integrating electronics projects into 3D printed enclosures, brackets, and sculptures, so each Thursday we celebrate and highlight these bold pioneers!

Have you take considered building a 3D project around an Arduino or other microcontroller? How about printing a bracket to mount your Raspberry Pi to the back of your HD monitor? And don’t forget the countless EL Wire and LED projects that are possible when you are modeling your projects!

The Adafruit Learning System has dozens of great tools to get you well on your way to creating incredible works of engineering, interactive art, and design with your 3D printer! If you have a cool project you’ve made that joins the traditions of 3D printing and electronics, be sure to send it in to be featured here!