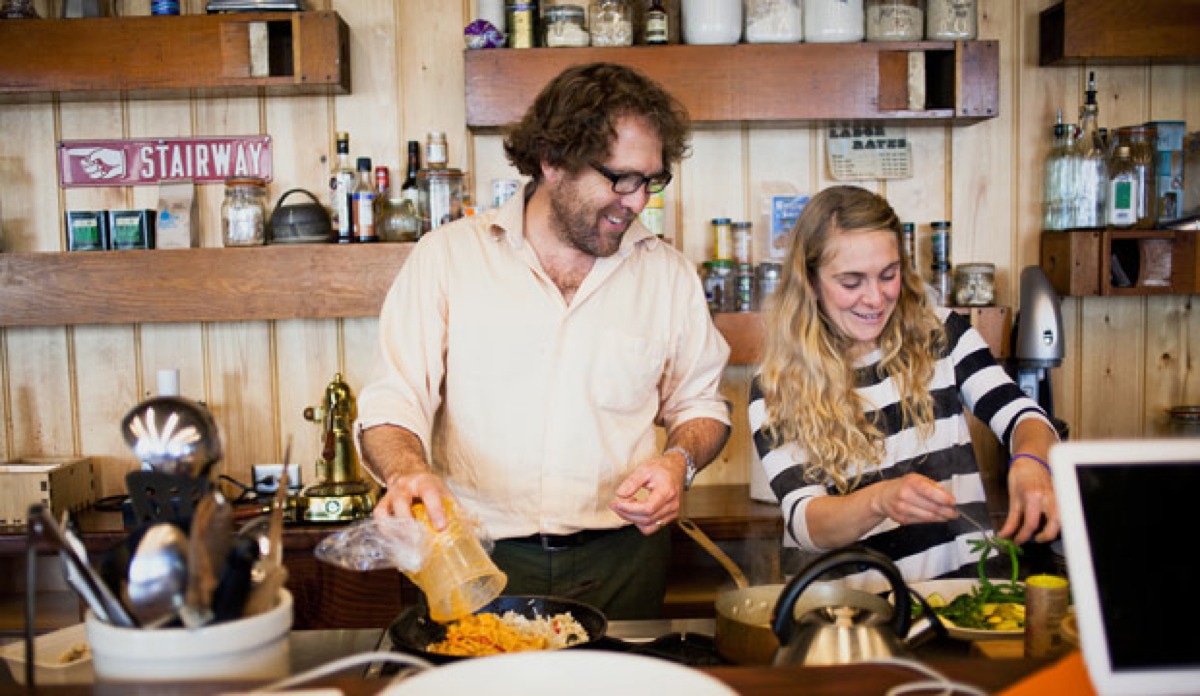 As an inventor of large, innovative devices, it only makes sense that Saul Griffith also has a resolution to create a new sport every year. They’re not just any sports, either; he’s most interested in sports that use technology in new ways. Also, most of them can kill you.

That’s how he found himself trapped under water, his foot strapped to a kitesurf board, with a friend dangling from a kite dozens of feet above him. The idea was to use the force between a kitesurfer and his kite to hoist a partner, like a parasailer. But then the nose of the board caught the water.

“The board, when it was put under tension under water, dove down into the bottom of the ocean, and got stuck in the sand,” says Eric Wilhelm, who was recording the event. “So [Saul’s] got the board stuck in the sand, tied to him, and then he’s tied to Tim [Anderson], who’s up in the air.”

Griffith couldn’t cut himself loose, because the tension was what kept Anderson from plummeting into the surf.

That story may not make Griffith — a MacArthur “genius” Fellow and co-founder, with Wilhelm, of Instructables — sound like your prototypical maker. But it’s his creative spirit bleeding over from his day job running Otherlab, an independent research and development company in San Francisco.