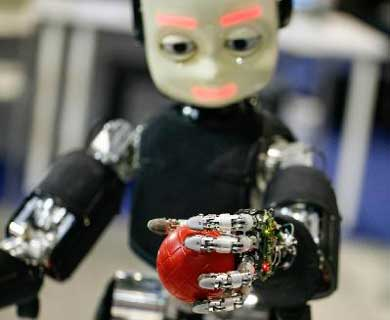 Check out this interesting international humanoid and service robots trade fair that took place near Milan, Italy: Robotica 2012. A Google Image search for “Robotica 2012” delivers some pretty interesting photos of what was going on there and who was attending!

From the press release:

Robotica 2012, the only Italian trade fair event in the field of humanoid and service robots, which took place from 7 to 9 November at fieramilano, Rho, was visited by 6,300 operators, who determined the important success of this fast growing event.

The fourth edition of Robotica had 66 exhibitors, 56 of which Italian and 10 international. Compared to the 2011 edition, the number of exhibitors more than doubled, while the number of international companies increased by as much as 150%, exceeding 15% of the total number (9.7% in 2011). As per European Community rules, Robotica can therefore now be called an international fair. Countries represented were United Kingdom, France, Japan, Russia, Switzerland and Poland. This year, the total exhibition area of the event was 4,400 square metres, more than double that of last year.

Filed under: robotics — by Matt