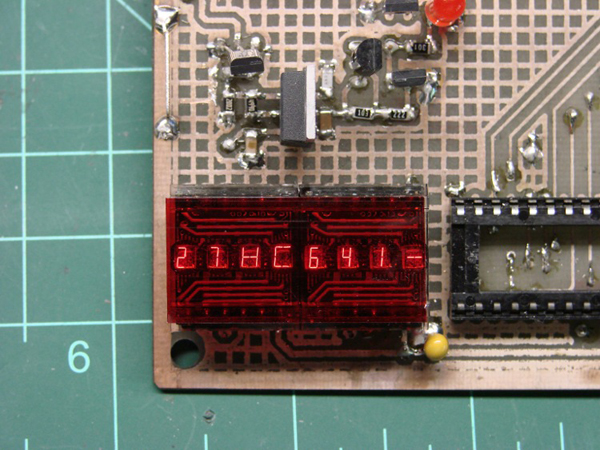 While I was putting together the Tek 492 memory board reader, I though it’d be a nice idea to add a small display. While the Arduino has USB serial I/O, the update rate is fairly pokey and an on-board display can provide more-or-less real time status.

Given that the reader was built for an early-80s memory board, I just had to use a pair of Litronix DL-1414 4-character LED displays from my parts heap.

Filed under: arduino — by Tyler Cooper