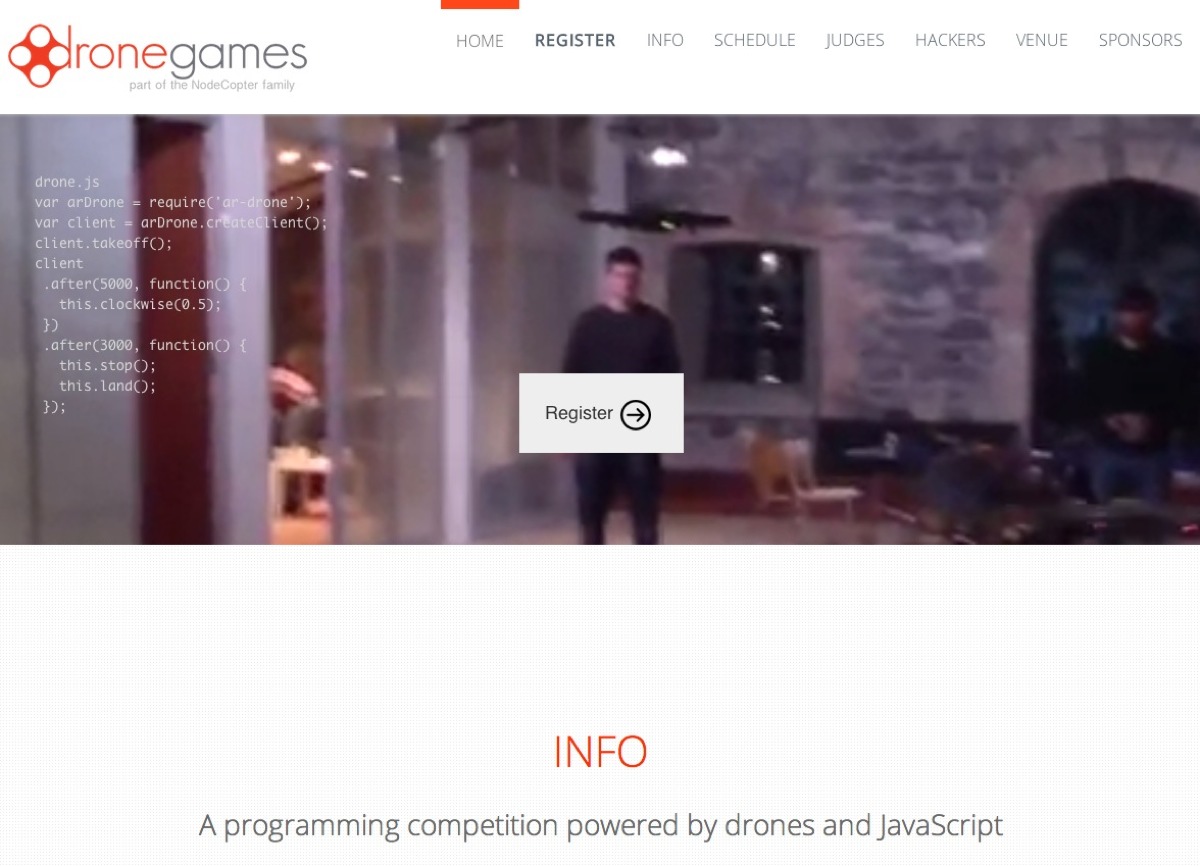 We had a a great time at the Drone Games at the Groupon offices in SF today. (They used to be called the Drone Olympics until they got a cease-and-desist from the Olympics Organizing Committee). Nine teams competed, all using Parrot AR.Drones running Node.js software. I was one of the judges.

Winner: James Halliday (“substack”), who wrote an insane virus that infects AR.Drones, which then infect other AR.Drones and causes them all to be p0wned and run amok.

Comments Off on Report from the DroneGames – formerly Drone Olympics ;-)