The Drones Are Coming 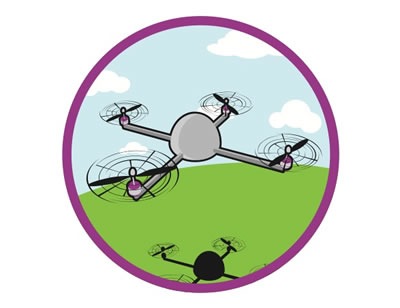 The Drones Are Coming @ Business Insider. Get Ready For The Rise Of Personal Drones

Drones can be used for more than just war.

Already, companies like FedEx are counting the days until drones are admitted to standard US airspace. The FAA will officially allow it starting in 2015, but the drones cannot fly higher than 400 feet above the ground and must be at least five miles away from any airport.

FedEx wants to be able to use drones to transport packages, rather than having to rely on passenger planes. That’s because passenger planes need to be pressurized, which is expensive, and they also can’t fly in formation, which is much more efficient.

Meanwhile, there’s a growing community of amateurs who build and fly their own drones. The drones typically have two-foot long wings and weigh about two pounds.
Chris Anderson, former editor in chief at Wired, and co-founder of 3D Robotics and founder of DIY DRONES, is helping lead the charge.

Comments Off on The Drones Are Coming