The Achilles’ Heel of 3D Printing 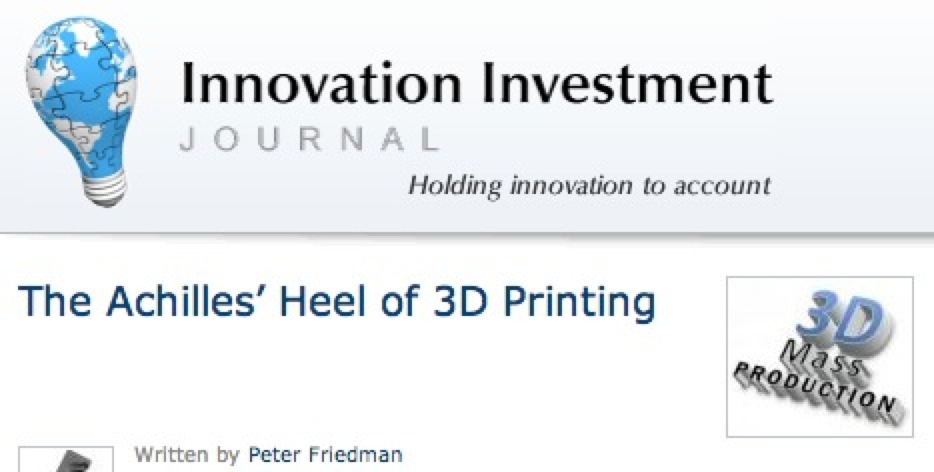 The Achilles’ Heel of 3D Printing.

Seems a little harsh, we’ll see where things are at in another year or so 🙂