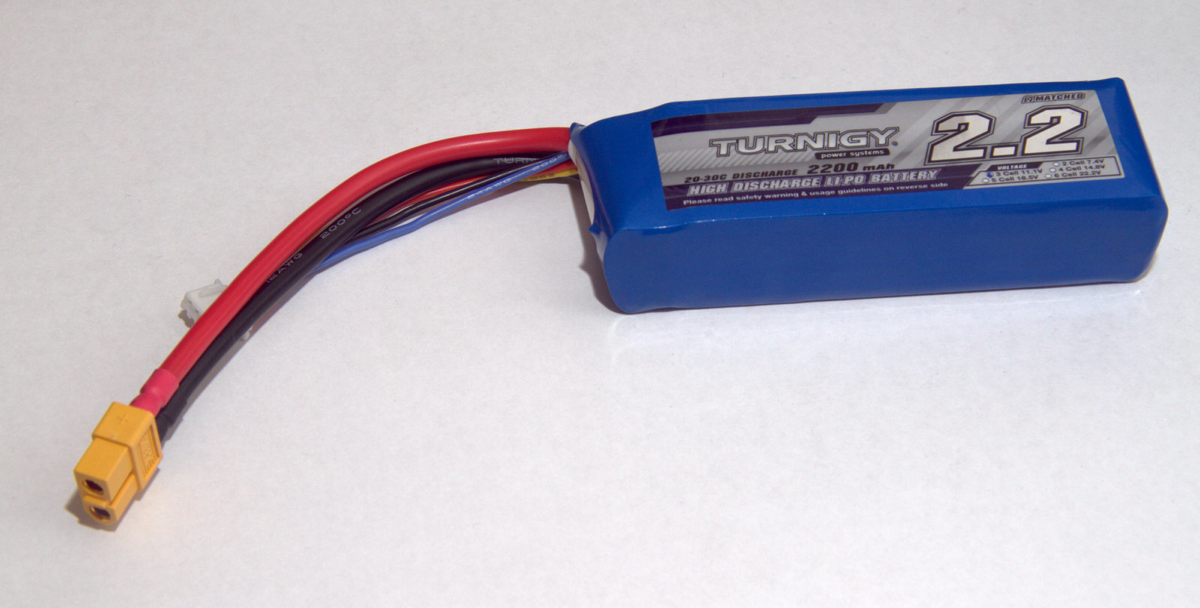 Tutorial and pointers for powering a RasPi using a standard RC battery, from Patrick Skillen:

The Raspberry Pi is a fantastically versatile, cheap and tiny computer. It’s very easily comparable to the ever popular Arduino, except that it provides significantly more processing power and programming options. One of the major drawbacks to this power, however, is the increased power consumption which makes powering the device problematic.

For example, a standard Arduino Uno requires mere tens of milliamps (mA) to function at full power (nanoamps in sleep mode), while the RPi is rated at 700mA. This means it can’t technically be powered from a standard USB port because USB 1.0, 1.1 and 2.0 permit a maximum power draw of 500mA.

You need a wall adapter to supply that 700mA, or more with peripherals such as wifi. The idea if powering it off a small lithium-ion battery or standard AAs is completely out the window.
One field which is particularly experienced at supplying huge amounts of electrical power is the field of remote control (cars,boats, airplanes, flying blimps with faces on them [LINK]). All of the batteries and technologies we need already exist, we just need a way to join the two in the middle.