Make the Metric system the standard in the United States 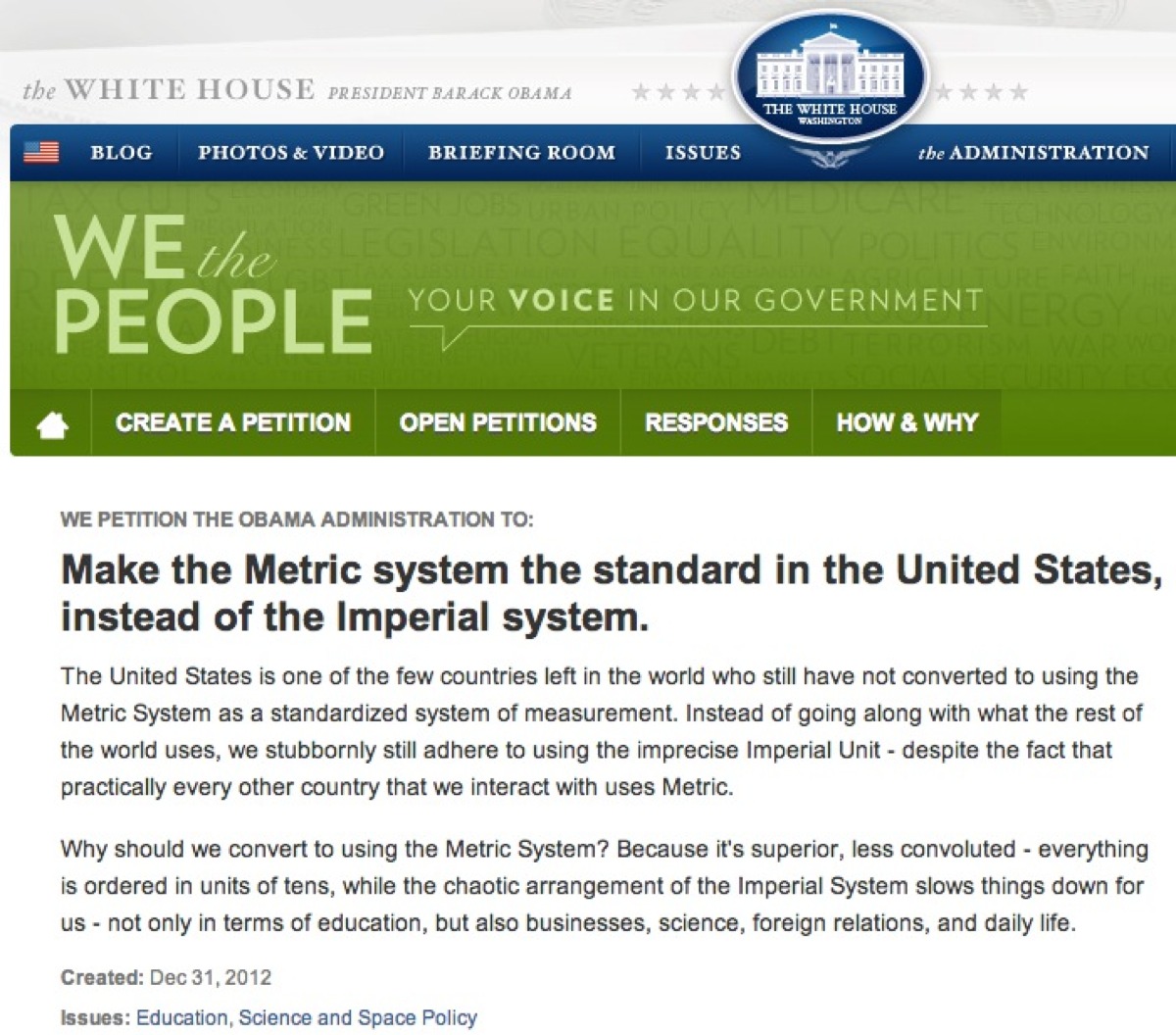 Make the Metric system the standard in the United States, instead of the Imperial system. It’s a petition you can sign…

The United States is one of the few countries left in the world who still have not converted to using the Metric System as a standardized system of measurement. Instead of going along with what the rest of the world uses, we stubbornly still adhere to using the imprecise Imperial Unit – despite the fact that practically every other country that we interact with uses Metric.

Why should we convert to using the Metric System? Because it’s superior, less convoluted – everything is ordered in units of tens, while the chaotic arrangement of the Imperial System slows things down for us – not only in terms of education, but also businesses, science, foreign relations, and daily life. I “heart” METRIC – Requirements Sheet & skill badge. The Metric System is an international decimalised system of measurement. France was first to adopt a metric system, in 1799, and a metric system is now the official system of measurement, used in almost every country in the world. The United States is the only industrialised country that has not defined a metric system as its official system of measurement, although the use of a metric system has been sanctioned for use there since 1866. Although the United Kingdom committed to officially adopting a metric system for many measurement applications, one is still not in universal use there and the customary imperial system is still in common and widespread use. Although the originators intended to devise a system that was equally accessible to all, it proved necessary to use prototype units under the custody of government or other approved authorities as standards. Until 1875, control of the prototype units of measure was maintained by the French Government when it passed to an inter-governmental organisation – the Conférence générale des poids et mesures (CGPM). It is now hoped that the last of these prototypes can be retired by 2014 via Wikipedia.

Did you know all our badges are made in the USA *and* the embroidery machines use solar power! These badges are fueled by a star!