A genuine airship!! Via Aviation Week:

Aeros has completed its experimental rigid variable-bouyancy airship and accomplished the first of four tasks under its contract with the Pentagon’s Rapid Reaction Technology Office.

Aeros CEO Igor Pasternak says the 230ft-long Aeroscraft prototype, called Pelican, has completed a ground-handling demonstration showing the 36,000lb vehicle can move without assistance from ground personnel, controlled from the cockpit and using its air-bearing landing gear. The Pelican was heavier than air for the demonstration, he says.

The three remaining contractual demonstrations, which Pasternak hopes to accomplish next week, include a vertical takeoff and offloading payload without taking on ballast — both accomplished solely by varying the vehicle’s buoyancy. The fourth demo is of the vehicle’s lightweight aeroshell, which does not rely on pressurization for rigidity.

The Aeroscraft controls its buoyancy by pumping helium between lifting-gas cells and pressurized tanks inside the composite aeroshell. Compressing the helium makes the vehicle heavier than air for easier ground handling and cargo unloading. Releasing the helium displaces air inside the vehicle and makes it neutrally buoyant.

The buoyancy control system can vary the Pelican’s “static heaviness” by 3,000-4,000lb, says Pasternak, enough to allow the prototype to take off vertically, yet be heavier than air for landing and unloading. All of the tests are taking place inside Aeros’ airship hangar in Tustin, California, with the vehicle expected to reach a height of 10-15ft.

Pasternak is hopeful of additional funding for follow-on testing that would take the prototype outside the hangar. The Pelican is configured for outdoor tests, he says, but might need some modifications to comply with FAA rules for flight testing. Ultimately, Aeros wants to build a 450ft-long vehicle able to carry a 66-ton payload over a 3,000nm unrefueled range. 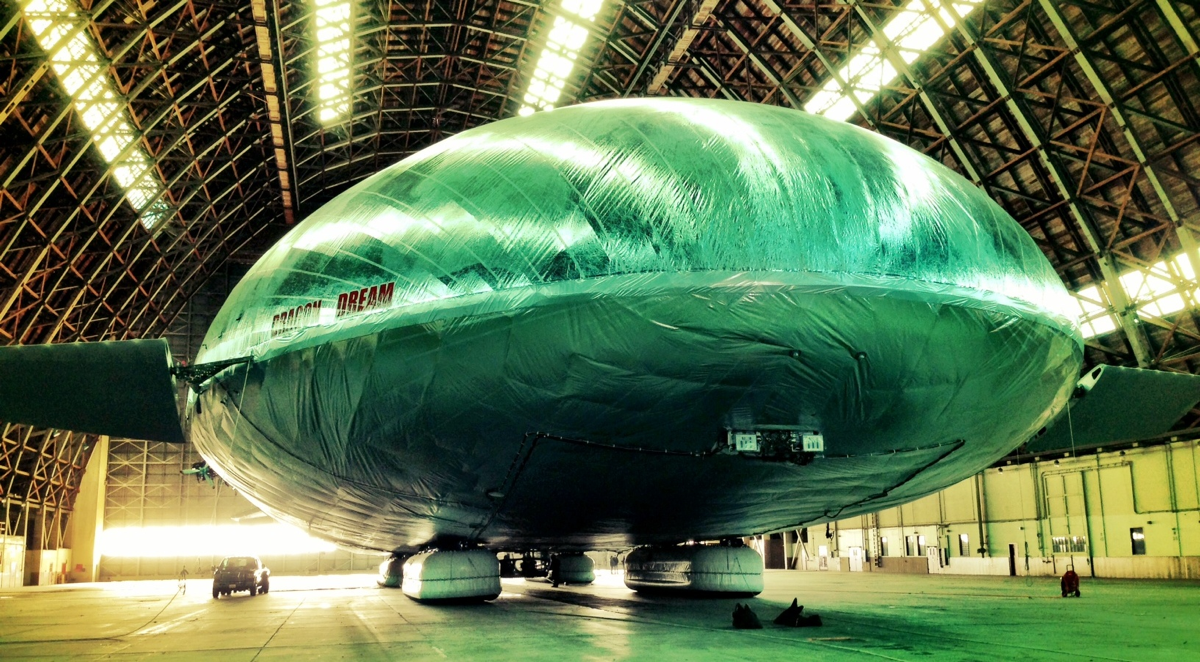 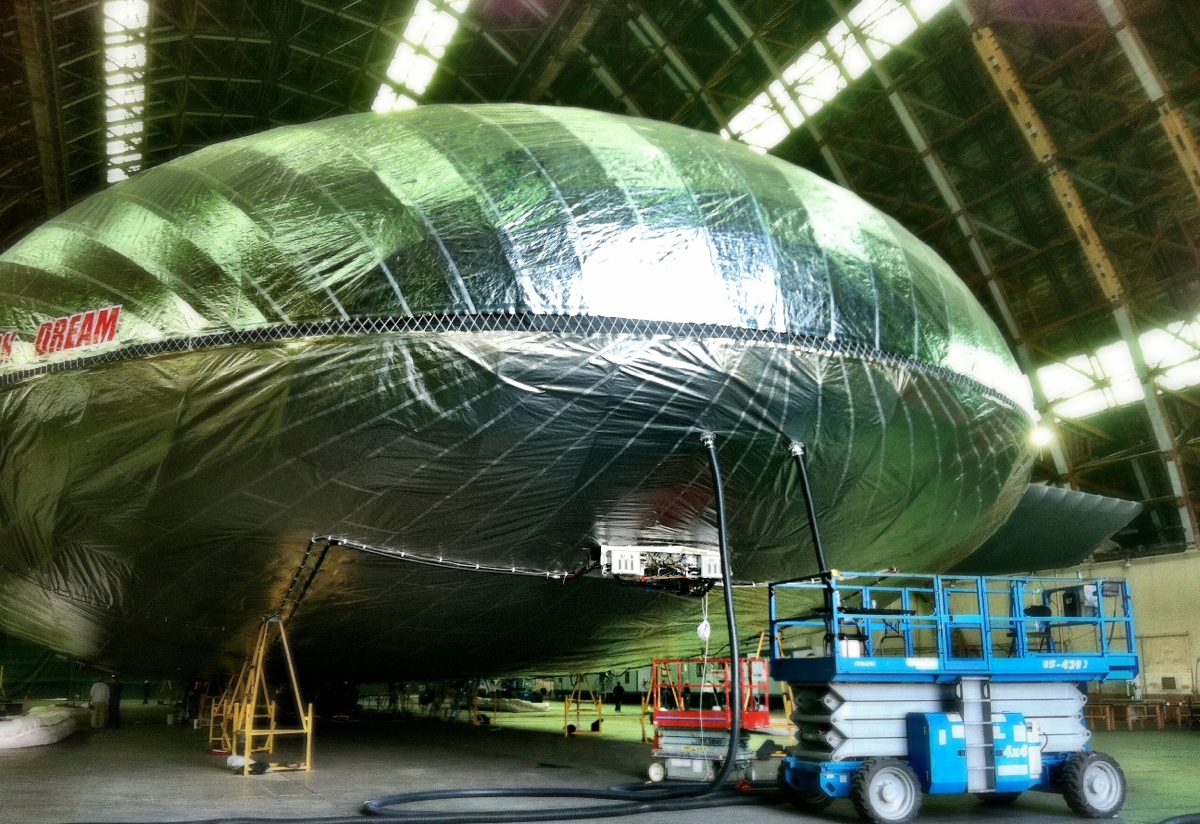