Building a Dedicated Bootloader Board for New ATmega328P Microcontrollers 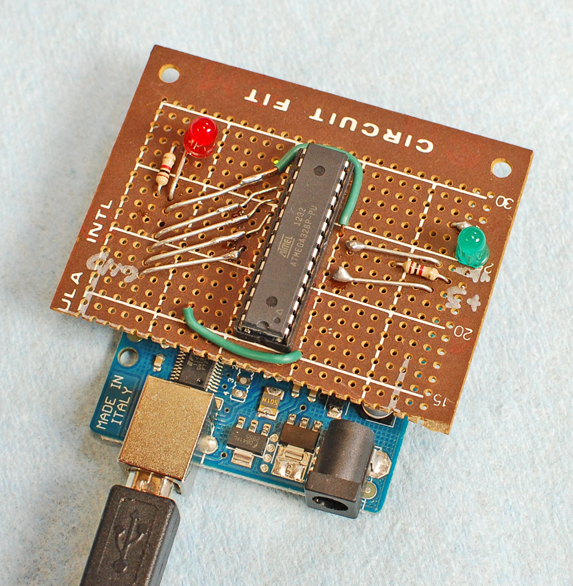 The very first thing that I tried to do when I began my Digital Firefly Jar project was to burn bootloaders to newly manufactured ATmega328P microcontrollers.  I knew that to reproduce my project I would need to make multiple programmed ATmega328’s and in anticipation of doing many Arduino projects I bought the chips in bulk.  I knew that I would have to burn bootloaders to all of them in order to upload and use my sketches.  I bought a used Arduino Duemilanove to do this, and there was a clearly laid out tutorial about burning bootloaders on a breadboard on the Arduino site.   It seemed like a no brainer – an easy task – but it wasn’t…  It just did not work!  Many attempts using the set up in the Arduino tutorial met with no success, so I went to the blogs and saw that many people were having problems doing this, and there were as many apparent solutions as there were issues.  I tried every configuration from every blog I could find on the topic: adding pull up resistors, changing power supply, altering settings, changing cables, etc….  but nothing worked.   The afternoon I spent trying every one of these configurations to burn a bootloader met with nothing but errors.

So I decided to go a different route and tried the dedicated bootloader board project suggested by Ladyada that used a very nifty Arduino sketch that had the Duemilanove’s ATmega328 do the task, and this elegant set up works flawlessly.  Success!  And a really cool project too! 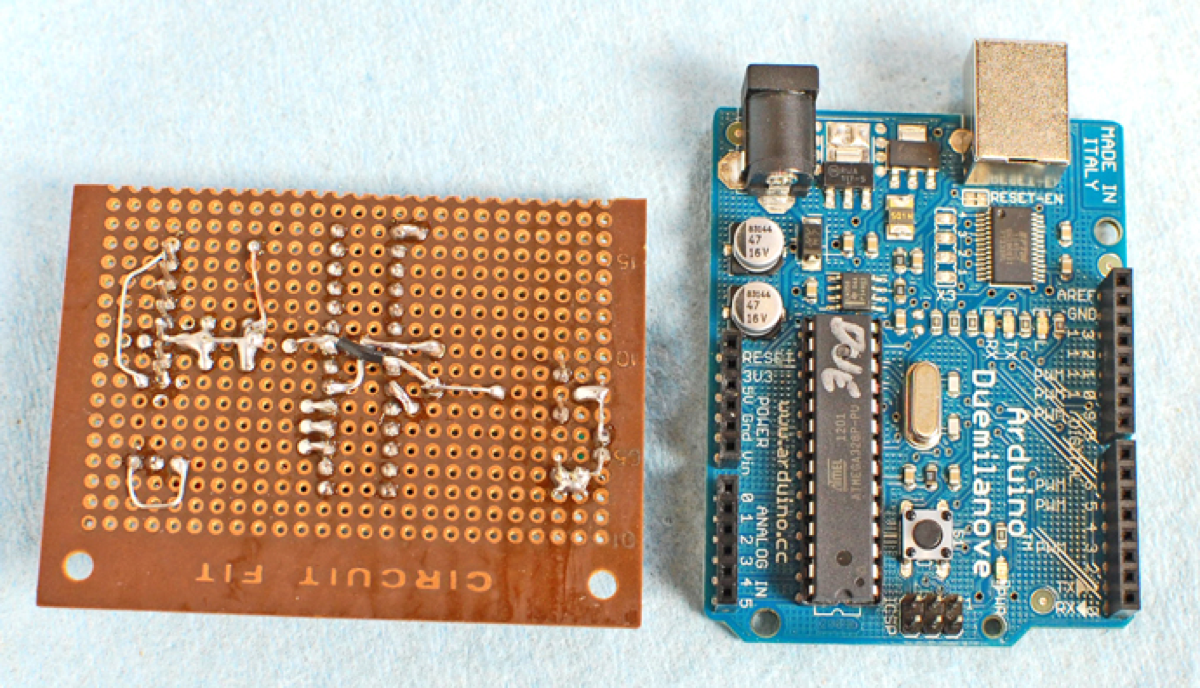