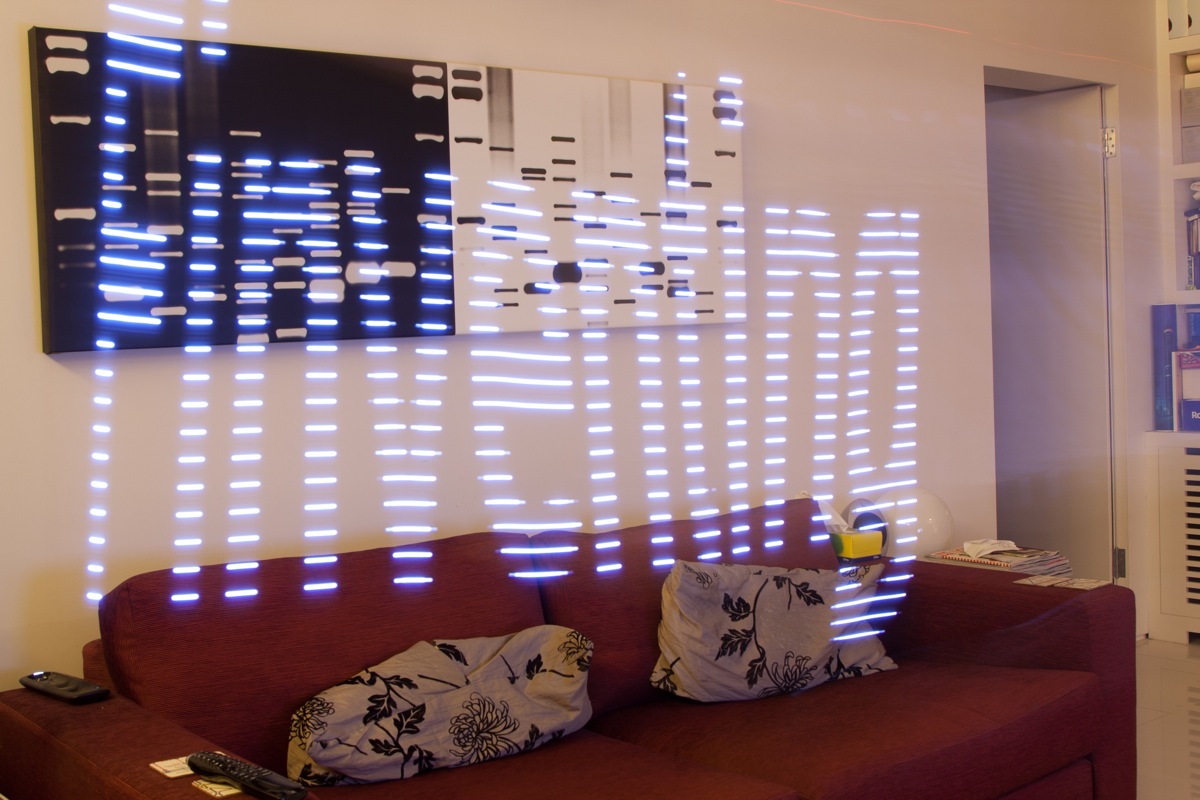 Inspired by the amazing images and brilliant write-up by Phillip Burgess at Adafruit, I decided to give my Raspberry Pi something interesting and colourful to do – light painting. A happy day of geeking saw my brother and I pull together a wireless remote-controlled, battery-powered, Raspberry Pi light painting robot. It’s not perfect, but we think the initial results are pretty good for a day’s work and I thought I’d share some notes and photos in case anyone else is interested.

A few days earlier I had downloaded the PDF guide from Adafruit and used it to work out a kit list for mail order (LED strip, connectors, Raspberry Pi GPIO cable etc). I already knew I could run my Raspberry Pi from a USB battery and figured I could keep things simple by powering the Pi and LED strip from the same battery (the two-port Tecknet iEP387 battery is fantastic). The Edimax Wi-Fi dongle in the Pi would also let me control it without wires (although admittedly within the confines of my home wireless network to start with). After downloading/installing the Occidentalis operating system image for the Pi and setting up Wi-Fi, we had a battery-powered Pi which we could administer from my Windows laptop using PuTTY (for terminal sessions using SSH) and WinSCP (to copy files to/from the Pi). It was then easy to copy across and run the Python script that does the magic of converting image files into “RGB slices” and sending the necessary control signals to the Raspberry Pi GPIO ports to drive the LED strip.

For the LEDs, we soldered a 4-pin JST connector onto the input side of the LED strip as shown in the Adafruit guide (only we mixed up the yellow and green wires, which caused a bit of confusion until we figured that out). On the opposite side of the JST connector, we connected the red and black power wires to a standard USB A plug (via a cannibalised mobile phone charging connector) and the green (data) and yellow (clock) wires into the Raspberry Pi GPIO connector via jumper leads. 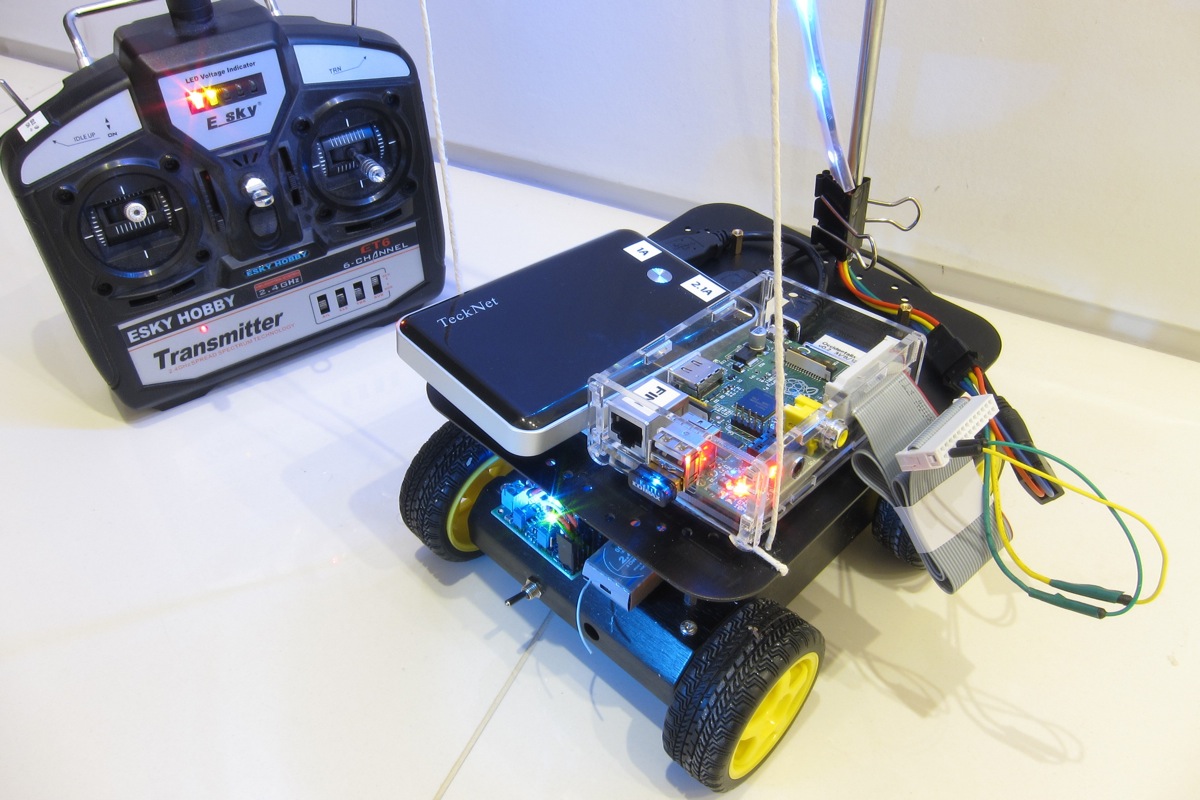 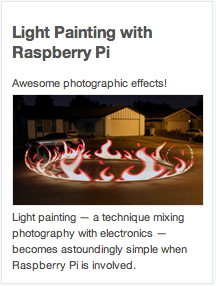 Light Painting with Raspberry Pi: Light painting is an artistic photographic technique combining long exposure times with lights in motion. Traditionally these images have been hand-painted with a penlight…but more recently, affordable microcontrollers and addressable RGB LEDs have brought a new high-tech twist to the idea. A few such projects have been featured on tech blogs, most notably the LightScythe by Gavin “The Mechatronics Guy,” which uses an Arduino and a two meter bar of LEDs. The resulting photos, with their intense colors and mid-air suspended images, have been super popular, and rightfully so. (read more)

Comments Off on Robotic light painting with @Raspberry_Pi #piday #raspberrypi