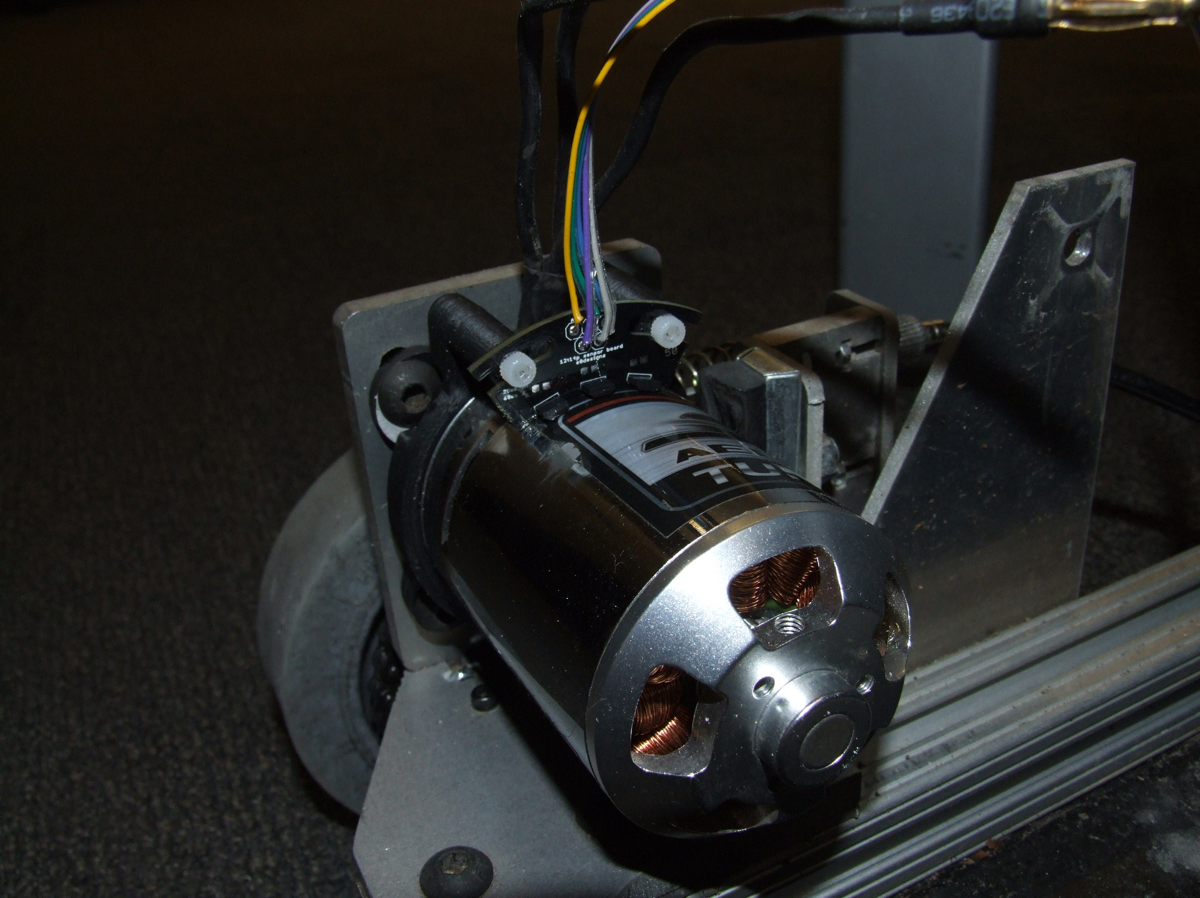 Here’s some news from Charles from the Democratic People’s Republic of Chibikart project — a compelling discussion of his process incorporating motor sensor elements into his project, and the boards he will likely release as an official chibikart product soon — thinking that is already being picked up by other DIY motor-related projects such as TinyBike.

They’ve made some appearances here and there on my website and others already, but if you haven’t seen them yet, now is the time that I’ll make them public. For a while, I’ve been sproadically making Hall Effect sensor “adapter boards” that can be mounted to R/C outrunners for sensored commutation uses, needed for most ground / vehicular applications. It’s about to get way less sporadic.

Yep, that’s a big cake of them to the left. I’ve also added sizes to the collection. Now, 80mm (“melon”) motors and 50mm outrunners are supported, also. I’m still a bit peeved that Hobbyking had to make their new SK3 “63″ motors actually 59mm in diameter, necessitating a fourth board design. These boards were sent to my usual slow-and-easy PCB house, MyroPCB, and done up in black.

Why 50mm? My general belief is that 50mm outrunners are about the smallest you can really use for a vehicle before they start getting too fast (Kv rating too high) to easily gear down. I foresee the 50mm motors being useful  more in scooters than anything else, where a low profile helps compared to the chubbier 63mm motors, unless your scooter is the size of a small bus.

But the other reason is that the Democratic People’s Republic of Chibikart (Hereafter known as just “chibikart” because why did I pick such a name?) uses them, and on a go-kart where pushing off with your leg is just ruining the point, sensors are pretty critical. I’ve been at a loss to explain how to add sensors to the motors because there is so much customization involved, so Chibikart was published without sensors, but with the sensor boards and attendant plastic ring things and automagically calibrating controllers, I think I’m getting pretty close to an “official solution”.

Each week on the Adafruit blog we post up about amazing companies, people and articles about being a MAKER and a business. Over the years we’ve shared how we run Adafruit, published code from our shopping cart system and given presentations on running an open-source hardware company. Every Monday we’re going to try to collect some of these resources and tag them #makerbusinessmonday & #makerbusiness. They’re in our popular Maker Business category as well, enjoy!