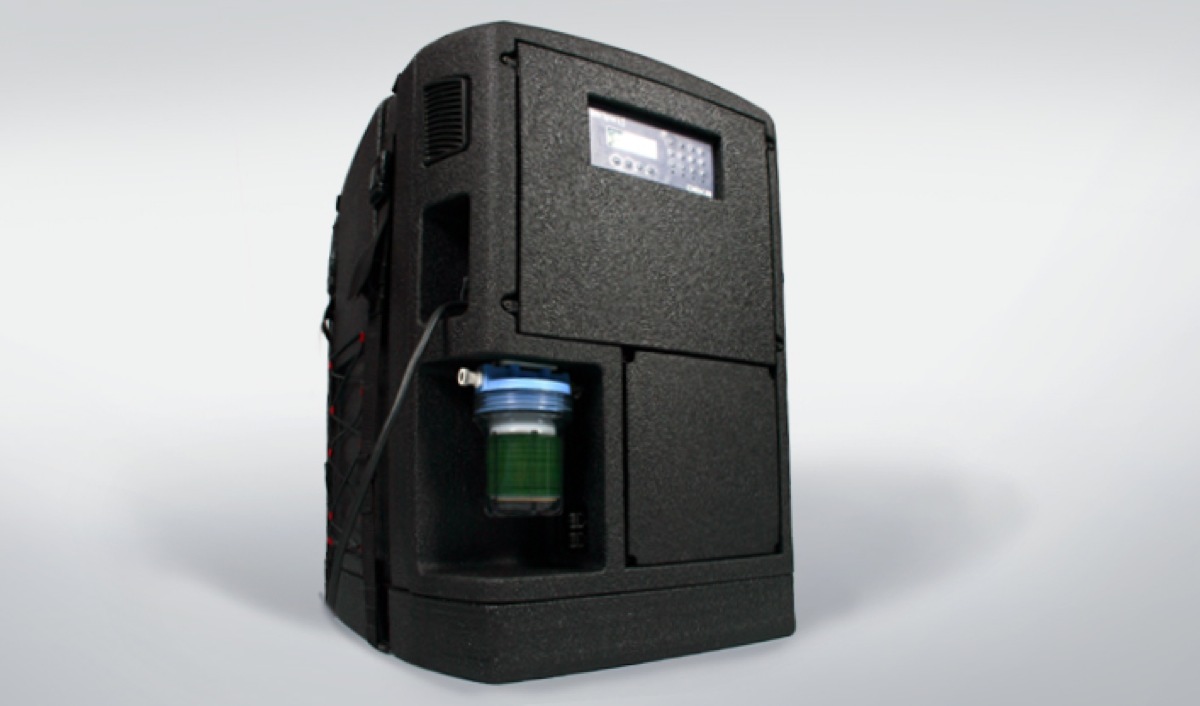 Dean Kamen, the New Hampshire inventor who brought us the portable dialysis machine and the Segway, is ramping up a new technology that may put a dent in one of our most pressing problems: providing clean drinking water to the billion plus people around world who lack it. Called the Slingshot (after David’s tool for defeating Goliath—it’s a giant problem, get it?), this 300 pound, dorm fridge-sized box can take any kind of sewage or even salt water and create 200 to 250 gallons a day of clean water. Kamen once demonstrated the Slingshot by turning his urine into clean water and drinking a glass of it.

Kamen has been refining this technology—which uses a distilling process that doesn’t need expensive membranes or pumps—for the past decade. His two challenges have been how to get the cost down and how to distribute the technology throughout the developing world.

The inventor has the answer to the latter challenge. His engineering and design company DEKA, which employs 400 in an old mill in Manchester, N.H., has partnered with Coca-Cola. The giant beverage company, which believes clean water is one of the great issues of the 21st, not only wants to reduce the water it uses in manufacturing but also is donating time and money to bring clean water to the masses. Says Kamen; “Coke has the distribution channels to get the Slingshot into the hands of those who need it.” The plan is to give the machines to entrepreneurs who will then have a motive to protect and maintain the equipment.

Comments Off on Dean Kamen’s next endeavor