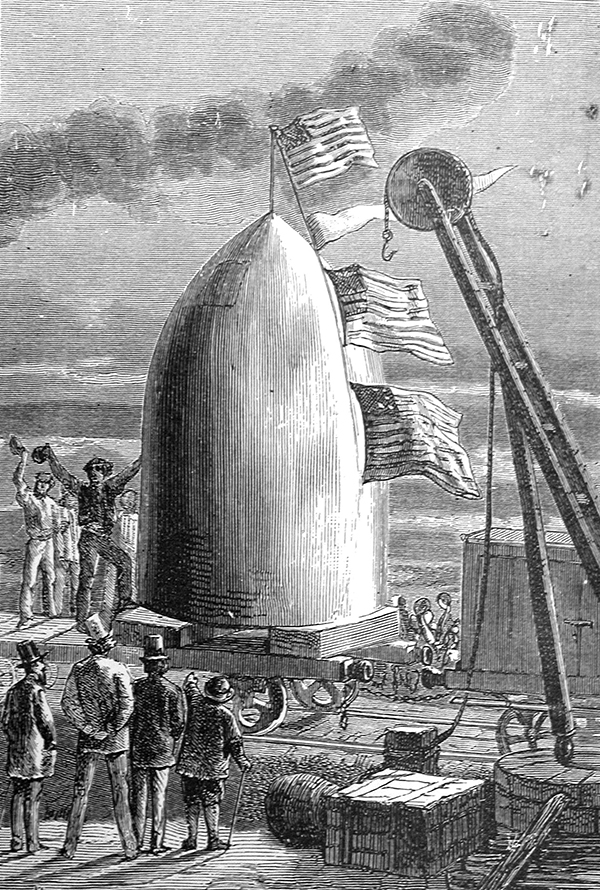 Here in the NYC area, we’re all on a snow alert because of a storm called “Nemo”*. Somewhat fitting, then, that today is also the 185th birthday of the author Jules Verne, who gave us, among so many wonderful characters, the sullen and devious Captain Nemo.

Jules Verne was one of the first authors whose work could be called science fiction — he used the enormous technological progress of his age as a catalyst for telling stories. From Wikipedia:

Jules Verne was born in Nantes, in France, to Pierre Verne, an attorney, and his wife, Sophie Allote de la Fuÿe. He spent his early years at home with his parents in the harbor city of Nantes. The family spent summers in a country house just outside the city, in Brains on the banks of the Loire River. Here, he and his brother Paul would often rent a boat for one franc a day. The sight of the many ships navigating the river sparked Verne’s imagination, as he describes in the autobiographical short story “Souvenirs d’Enfance et de Jeunesse”. At the age of nine, he and Paul, of whom he was very fond, were sent to boarding school at the Saint Donatien College (Petit séminaire de Saint-Donatien). As a child, he developed a great interest in travel and exploration, a passion he showed as a writer of adventure stories and science fiction. His interest in writing often cost him progress in other subjects.

Verne was the author of many landmark works in the then-unnamed genre of science fiction. Aside from Twenty Thousand Leagues Under the Sea, for which he is most famous, he also wrote A Journey to the Center of the Earth, From the Earth to the Moon, and Around the World in Eighty Days.

*As Verne points out in his book, “Nemo” is Latin for “no one” — we’re being menaced by an undefined entity. Franz Kafka eat your heart out.

Filed under: art, random — by johngineer