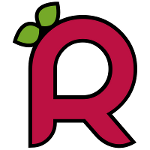 One of the three primary flavors of XBMC (Xbox Media Center) built for the Raspberry Pi has now launched a “1.0” stable version after a year of development. From Raspbmc.com:

After much delay, it’s finally here! Last Sunday was the 1 year birthday of Raspbmc, which I announced on the 2nd February 2012. It’s rather fantastic, that within a year, we’ve gone from not even having the hardware, let alone a usable software platform, to a stable and well refined product. It wasn’t always the smoothest ride in the world.  With early firmware, untested kernels and alpha builds of software, you’re going to have ‘interesting’ results to say the least. In the final release, we’re introducing a few extra features:

For the full Raspbmc feature list head on over to Raspbmc.com