NY Times: The 3-D Printer May Be the Home Appliance of the Future #3dthursday 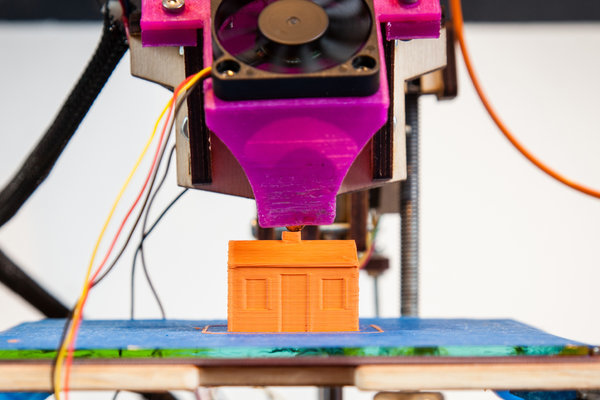 Great piece responding to the State of the Union mention of 3D printers in the New York Times!

In his State of the Union address last week, along with the standard calls for education reform and energy independence, President Obama gave a shout-out to a growing technology. In a lab in Youngstown, Ohio, the president said, “Workers are mastering the 3-D printing that has the potential to revolutionize the way we make almost anything.”

When Brook Drumm saw clips from the speech at his home outside Sacramento, Calif., he wanted to reach through his TV and give the president a fist bump. Mr. Drumm, a bald, goateed father of three, designed the Printrbot, a desktop 3-D printer kit. Like a number of other 3-D printers, it uses heated plastic — applied layer by layer to a heated bed by a glue-gun-like extruder — to turn designs created on a computer into real objects.

As Mr. Drumm illustrated in the Kickstarter campaign he used to raise more than $830,000 to start his business in late 2011, the Printrbot is small enough to fit on a kitchen counter, next to the Mr. Coffee. “The goal for the company,” Mr. Drumm said in world-beating tones, “is a printer in every home and every school.”

The technology for 3-D printing has existed for years, and President Obama was referring to its applications in manufacturing. But there is a growing sense that 3-D printers may be the home appliance of the future, much as personal computers were 30 years ago, when Dick Cavett referred to the Apple II in a TV commercial as “the appliance of the ’80s for all those pesky household chores.”

Like computers, 3-D printers originally proved their worth in the business sector, cost a fortune and were bulkier than a Kelvinator. But in the last few years, less expensive desktop models have emerged, and futurists and 3-D printing hobbyists are now envisioning a world in which someone has an idea for a work-saving tool — or breaks the hour hand on their kitchen clock or loses the cap to the shampoo bottle — and simply prints the invention or the replacement part….