The Drones of the Future May Build Skyscrapers

While I have seen land-bound brick laying robots before and thought those were pretty neat, the idea of brick-depositing drones both surprises me and connects the dots for me. Check out this fascinating Smithsonian Magazine article addressing this concept:

Drones can’t just destroy, they can create. Although the military uses of drones are widely debated, less discussed are their potentially revolutionary civilian implications. They aren’t yet widespread, but drones are being used by hobbyists, photographers, farmers, ranchers, and they may even herald an entirely new type of architecture. Last year, Swiss architects Gramazio & Kohler, in collaboration with Raffaello D’Andrea, developed “Flight Assembled Architecture” – an experimental concept structure that employed small, unmanned aerial vehicles programmed to build.

Created as an installation for the FRAC Centre in Orléans, France in early 2012, the project models a speculative construction system that integrates robotics, digital fabrication, engineering, and design. Several small robotic “quadrocopters” lift 1,500 foam blocks into a complex cylindrical tower standing more than six meters high. While these miniature construction drones act, in part, according to a set of pre-programmed parameters, they also operate semi-autonomously; they’re capable of communicate with one another and independently sensing the height of the the tower to place their block accordingly. The tower is a model for a speculative future habitat that would stand more than 600 meters tall and house 30,000 inhabitants.

It makes sense to illustrate such a revolutionary concept with a skyscraper – after all, the skyscraper wouldn’t be possible if architects and engineers hadn’t embraced technologies such as steel construction and elevators. Construction drones are the bleeding edge of speculative building technology and they’re perfectly designed to create high-rise buildings in urban areas where construction can be incredibly difficult and costly. As Kohler noted in an essay for the architectural journal Log, “the conditions of aerial robotic construction are entirely liberated from the bottom-up accessibility of material, man, or [existing] machine.” These robots can create buildings without erecting scaffolding or using cranes. Drone-built designs aren’t beholden to current construction limitations and their use opens up a new possibility of architectural forms…. 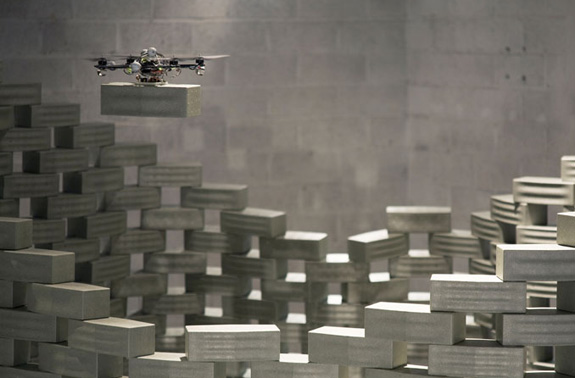 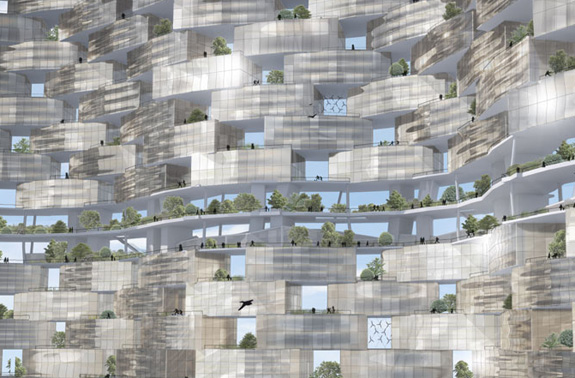 Comments Off on The Drones of the Future May Build Skyscrapers