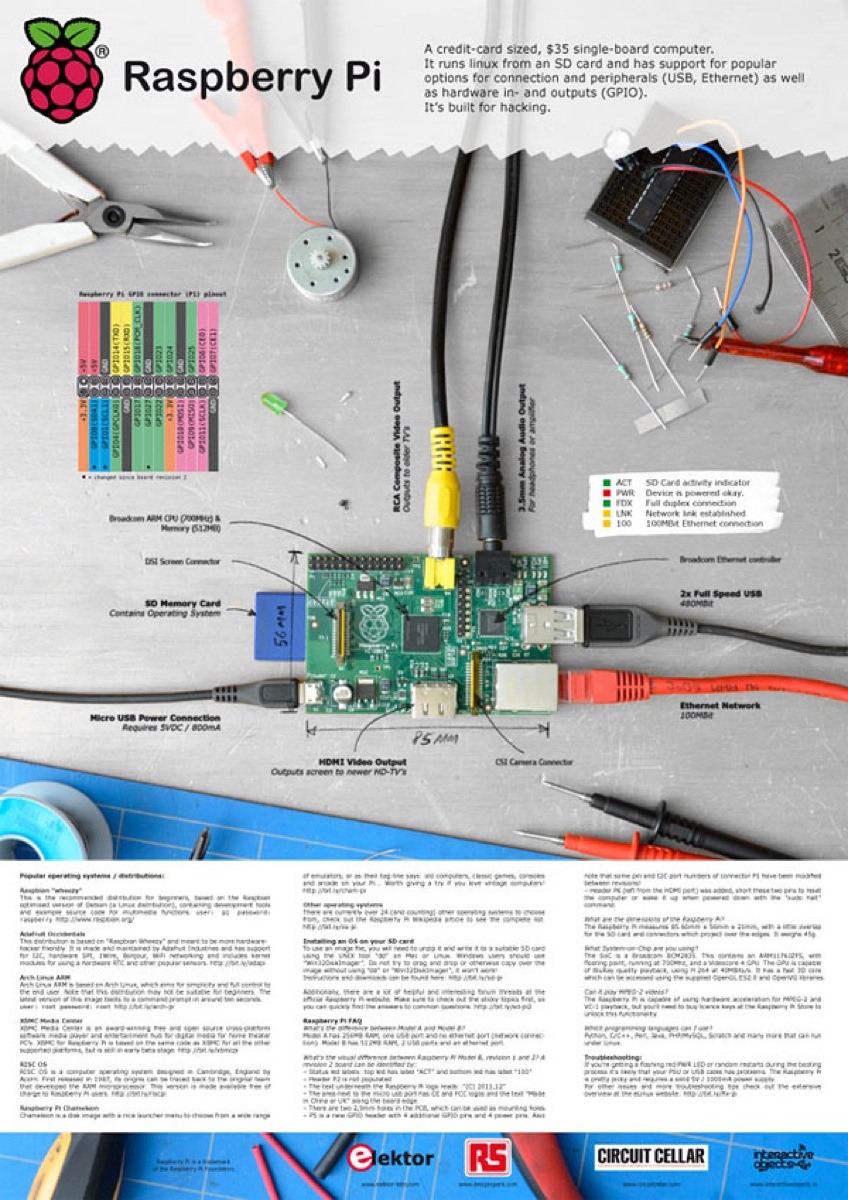 A few weeks ago, Interactive Objects was approached by Elektor Magazine to design a poster for the popular Raspberry Pi. For those that don’t know: this is a $35 hackable computer, running Linux. It’s meant for education, but quickly became popular with the maker community. Basically, it’s comparable to the very popular Arduino prototyping platform. While an Arduino can only perform one task at any given time, the Raspberry Pi uses a microprocessor instead of a microcontroller allowing to perform multiple tasks at the same time. Because it runs Linux, any program or code that runs on Linux can (be made to) run on a Raspberry Pi.

The poster provides some basic information about the Pi, like connectors and their functions. It’s also a nice starting guide for people just getting their hands dirty with the device for the first time. After the poster ran in the current issue of Elektor Magazine, we’re now free to distribute it ourselves.

Let us know what you think. Feel free to point others to it and don’t forget to print out a copy for yourself! 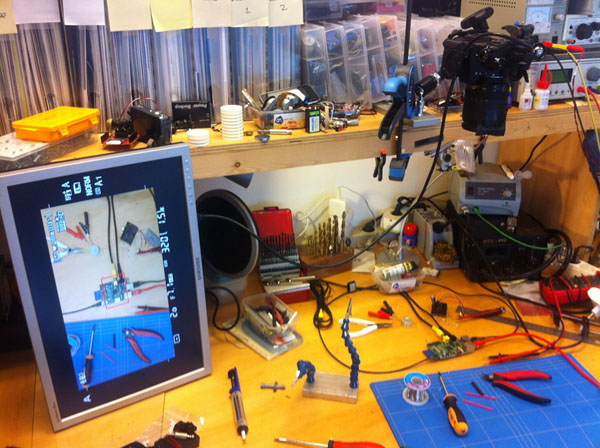