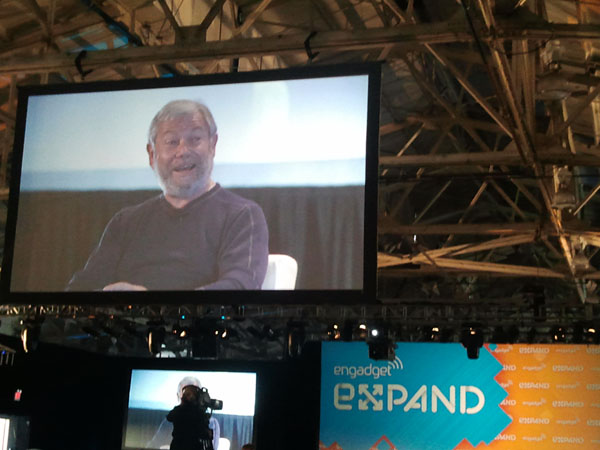 In truth, the panel discussion would have been better called “3D Printing Will go Mainstream When…” Because as all the panelists agreed, while 3D printing is big and getting bigger we’re still in the early adopter stage and seamless consumer interface has not yet been achieved. That’s the killer app, they agreed.

“I don’t think we’re quite there yet,” said Hod, who oversaw Cornell’s Fab@Home project.

He said the consumer computer revolution arrived when the interface became so easy users forgot it was even there and they got on with creating things with them.

“We’re on the cusp of inventions of new business models. That’s what we’re waiting for.”

Ari said for consumers, we’re still in the FORTRAN or BASIC era, but we need a Windows or iOS experience that offers “coloring book simplicity” or the “gamification of CAD.”

“That’s when 3D printing will become relevent to the other 99 pecent.”

Ever lower prices will of course help, too.

Max put the brakes on the much-vaunted 3D printing revolution when he asked if everyone really needs a 3D printer.

“Does everyone want to be a maker,” he asked.

Given the diversity of applications for 3D printing he foresees, Hod said everyone may not have a 3D printer in the home, but instead you’ll see the machines permeate a wide range of fields–education, aerospace, medicine, and even your local auto repair shop.

It’s a question of “which printers will be where,” he said.

Ari was the most bullish on 3D printing’s future.

“It’s going to change everything in the next 5-10 years.”

What do you think? What’s 3D printing’s killer app? What will it take for the technology to go mainstream?