40 years of icons: the evolution of the modern computer interface 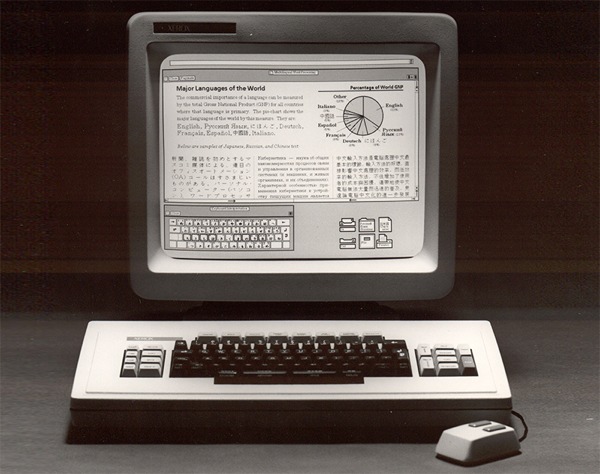 40 years of icons: the evolution of the modern computer interface @ The Verge.

Fifty years ago, the word “computer” had a very different meaning. Prior to World War II, the word referred not to machines, but to people (mostly women in order to save costs) hired as human calculators. During the war, military research spawned mechanical calculators, “computers” such as Colossus and ENIAC; afterward, IBM commercialized equally intimidating, multi-million dollar machines that required their own rooms. They shipped to some of the largest companies in the nation, where they were tended to by specialists. In the popular imagination they were recognized symbols of bureaucracy and dehumanization — the dictatorial Alpha 60 in Jean-Luc Godard’s Alphaville, for example, and the domineering EPICAC in Kurt Vonnegut’s Player Piano — and there was no such thing as a “personal computer.”

Comments Off on 40 years of icons: the evolution of the modern computer interface