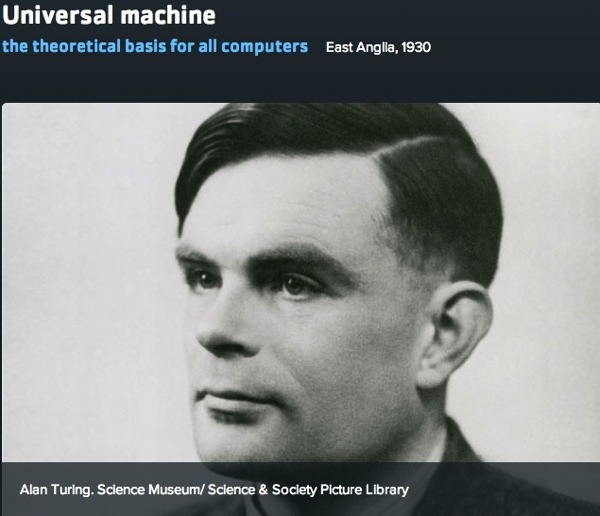 The theoretical basis for all modern computers was laid down when Alan Turing (1912-54) imagined a ‘universal machine’ in his 1936 paper ‘On computable numbers’. He described a device that would read symbols on a tape and proposed that the tape could be used to program the machine. However it was not until later that Turing’s ideas were realised as practical machines.

Turing studied mathematics at King’s College, University of Cambridge. With the outbreak of the Second World War, he became head of a code-breaking unit at Bletchley Park, home to the Government Code and Cypher School. He used his profound mathematical skill to design, with colleague Gordon Welchman, a series of huge electromechanical code-breaking machines known as ‘bombes’.