Tinkercad to Shut Down 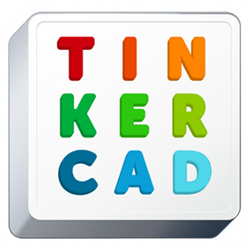 Yesterday, Tinkercad announced that it was shutting down, with the expectation that it will be completely offline by July 2014. New user registration was suspended as of yesterday.

However, read only access will continue for all users until July of next year, so at least they’re providing ample warning if you want to get your data off the platform. No idea yet if they plan to provide full-account export tools to users, beyond the basic functionality of Tinkercad, though.

When Mikko and I founded our company in 2010, our core idea was to leverage a web browser UI and high performance computing to disrupt computer-aided design and engineering. Our vision was that a software platform created specifically for supercomputers would let us build some very exciting applications. In early 2011 we launched Tinkercad on this platform. It was the first cloud-based 3D CAD ever built and has grown to be a successful product in its category.

In parallel with Tinkercad, we continued development of the core platform. In October 2012, we launched a scripting interface for one of the key components, the Gen6 geometry modeling kernel. And finally, in late 2012, we had several major breakthroughs in our research work on the core platform that opened up application possibilities we had never imagined possible.

In response to these breakthroughs, I’m excited to announce an updated roadmap. There are two major parts to the new roadmap: 1) we are working on an innovative new simulation environment called Airstone, and 2) we will be discontinuing development of Tinkercad. You can read more about Airstone in the official announcement.

To help the engineering team focus on Airstone, I have made the decision to pull the team off Tinkercad. Aside from emergency maintenance, there will be no further feature development work and we will eventually turn the site off.

Comments Off on Tinkercad to Shut Down