Print Me a Cruiser! #3dthursday 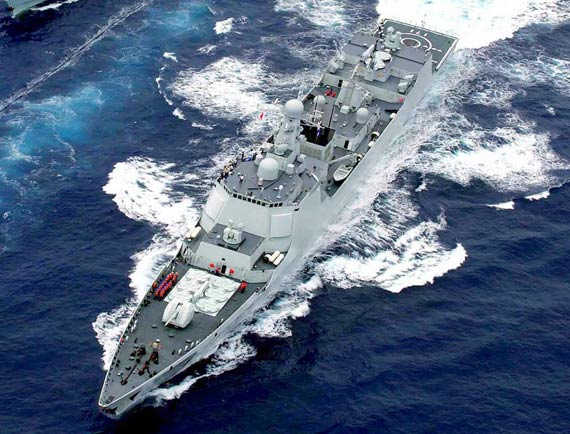 What role will 3D printing play with the very large in addition to the small? Check out this article in the journal Proceedings from the U.S. Naval Institute: Lieutenant Scoot Cheney-Petesr, US Navy Reserve and Lieutenant Matthew Hipple, US Navy, consider the possibilities that it might be possible someday to say: “Print Me a Cruiser!” Via 3ders.org.

One of the most immediate ways 3D printing will impact the Navy is through the design and construction of ships, submarines, aircraft, and everything carried on board. This is due largely to the economic benefits derived from the technology.

The initial cost savings of 3D printing come from the designs allowed by the layer-by-layer process. Senior mechanical engineer Peter Schmehl of MakerBot, a leading producer of desktop 3D printers, says he believes this process has the potential to “radically change ship construction, making designs that might not be possible using conventional techniques.” If the “build volume” is large enough, a manufacturer can print a component as a whole, forgoing the need for further assembly. This means it can go without the brackets, flanges, and surfaces required for handling, bolting, or welding pieces of the component together—thereby saving material and weight. It also means internal systems such as ducting and piping can be designed to maximize fluid-flow efficiency from more rounded shapes, simultaneously eliminating unnecessary system volume and making it lighter still. This is, quite literally, not a pipe dream. As explained in the The Economist , Boeing already uses “a number of printed parts such as air ducts” in the F/A-18.

Additive manufacturing’s second cost savings come from the materials used in the process. The traditional production technique, subtractive manufacturing, starts with a “billet” of fill and whittles it down to the desired product, wasting up to 90 percent of the material. When working with the rare and expensive top-grade materials that the military demands in high-performance aircraft and precision weapons, the waste is all the dearer. Researchers at EADS, a major European aerospace company, found that a type of 3D printing using titanium powder could create parts just as strong as traditionally produced items using only 10 percent of the titanium.

The future of design and cost benefits for the Navy could come from trends toward both the proliferation of relatively inexpensive desktop models and advanced 3D printers with increasingly large build volumes. One professor at the University of Southern California is developing a system to construct entire houses out of large printers using concrete or adobe, and naval ship and aircraft assembly could head toward that sort of all-in-one design. 4 The production lines and shipyards of the future could be, in effect, enormous 3D printers that would maximize the economies derived from the additive manufacturing process. As a further benefit, as long as the fill materials and design files were on hand, Pentagon planners would never need to worry about a particular production line shutting down, since it could be started back up at any time with minimal loss of corporate knowledge.

On the other hand, the spread of cheaper 3D printers could lead to the entrance of a whole new field of competition in the defense sector. Jaffe notes that for now, those able to afford the most capable 3D printers are large, well-established companies and design consultancies, but that new, low-cost models are becoming good enough to compete with the expensive versions. For individuals and small firms with good ideas and the requisite design skills, this should lower the barrier to bid for defense contracts. Industry faces many challenges to realize these promised design and construction benefits, but, to the benefit of the Navy, a good deal of effort will be spent overcoming the problems because of the advantages. The most profound change for sailors could be how 3D printers change normal shipboard operations…

Comments Off on Print Me a Cruiser! #3dthursday