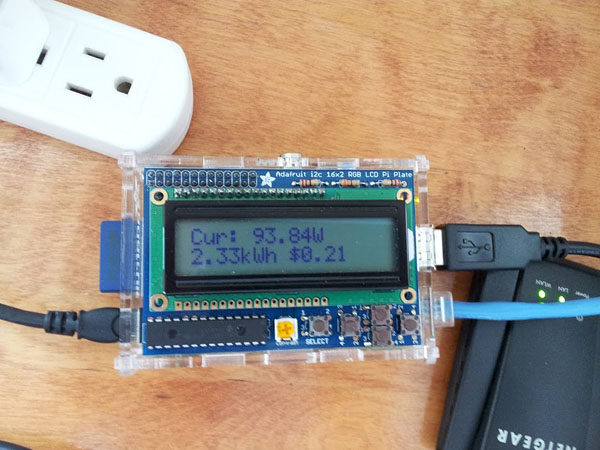 Drew Fustini on the Element 14 blog made his own adaptation of the Adafruit Tweet-A-Watt kit, this time built around the Raspberry Pi!

Say you want to know how much electricity an air purifier is consuming?

You can hook it up to the nifty Kill-A-Watt power meter (aka KaW).  The KaW will keep track of and display the killowatt-hours, or kWh, used by the plugged in device.

However, the total will be reset anytime the KaW is unplugged and loses power.  Limor Fried (aka ladyada) recognized this shortcoming and created the clever Tweet-A-Watt project which mods the KaW by soldering a XBee wireless data module to the KaW’s op-amp chip.

The XBee’s built-in ADC reads the current and voltage signals inside the KaW and transmits it to a receiver XBee module connected to a computer.  This diagram by ladyada gives a good sense of the architecture: 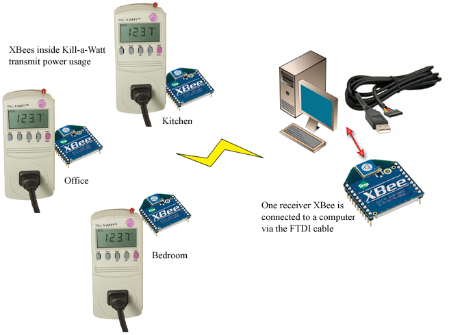 The Tweet-A-Watt (TaW) is an awesome project, but I felt the computer seemed cumbersome and power hungry.  Thankfully, we live in an era of powerful, tiny & cheap single board computers (SBCs) like the Raspberry Pi .  I decided to use the Pi in place of a traditional computer along the Adafruit LCD Pi Plate  and the Adafruit Pi Box enclosure. The receiver XBee module connects to the Pi via a FTDI USB-to-serial cable.

Ladyada used Google AppEngine for graphing the TaW data, but I decided to take advantage of the newer Cosm sensor data graphing service (formerly named Pachube).  Below is a screenshot of my RaspiWatt Cosm feed showing Watts, kWh, and USD$ (based on the cost of a kWh for my power company)… 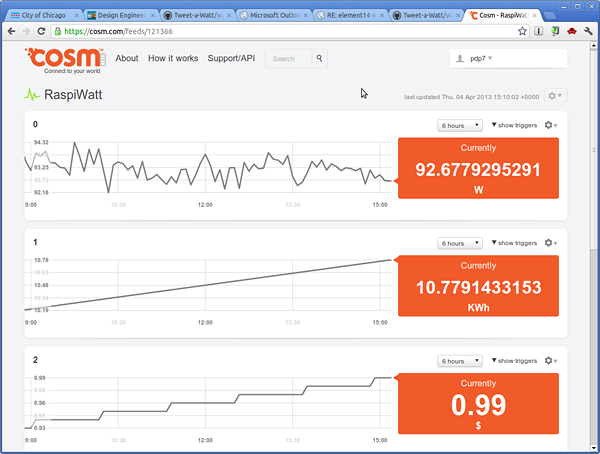