3D printed plastic house will be assembled “in a day” #3dthursday 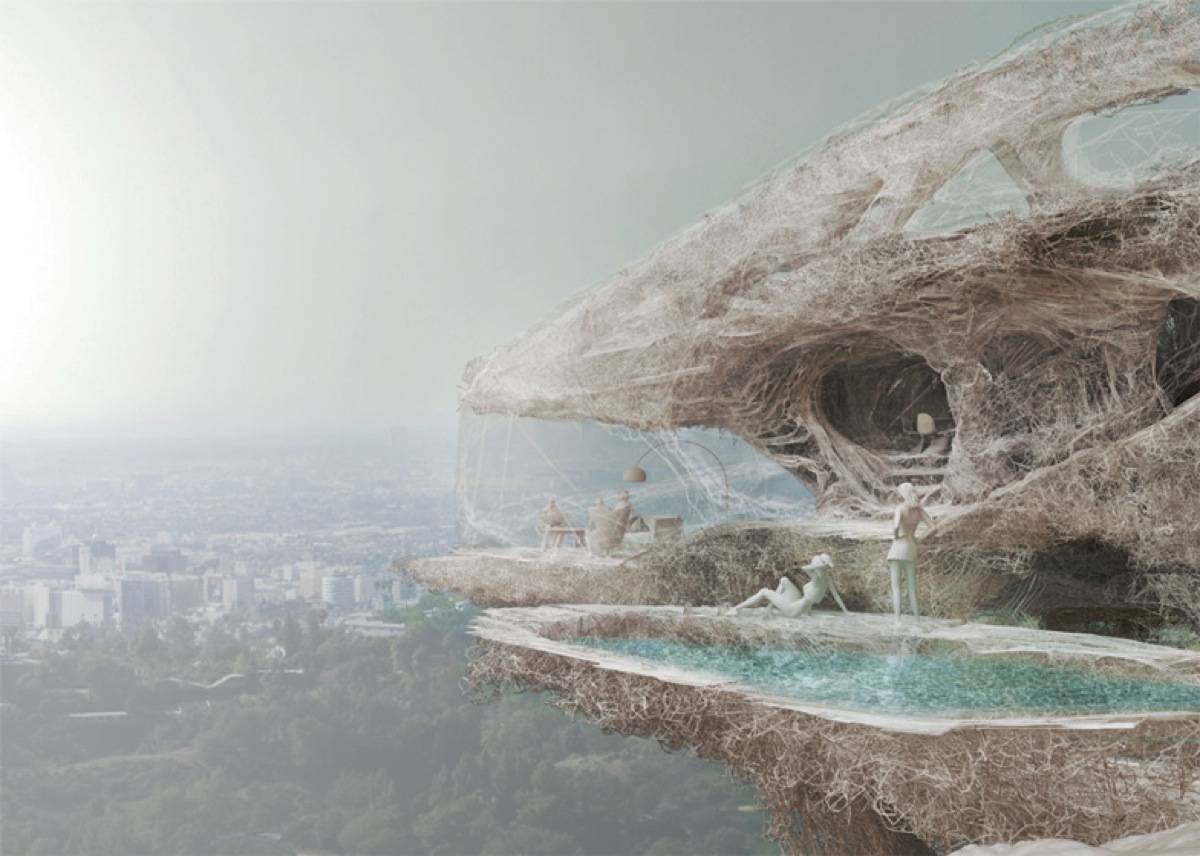 Here’s an interesting 2.0 update from the architectural project Protohouse that received a lot of attention at London 3D Print Show. Fascinating if anything because of where it sits between conceptual model and actual executable construction plans: yes, they are going to actually execute a design like this, it isn’t just an idea!

What’s more, the thinking going into how these new build materials and construction methods function — and what it might mean to break out of the 2D floor plan — are persuasive enough that strategies here might reach traditional homebuilding within the decade. If you squint you might feel you see the “Space Age” contours and ambitions of the unrealized “Homes of the Future” from 1950s/60s era conceptual architecture as were once on display in Epcot Center, but these projects are quite a different beast.

With a number of building-scale 3D printers coming on line such as the D-Shape printer being use to panel other printed architectural efforts, we are going to see what happens when truly out-of-the-box approaches to materials and design are actually made physical in the very near future. Will we, like Dezeen’s readers, experience this as “a dinosaur head made of spaghetti” or “a giant spider cave” when faced with an actual 1:1 Protohome 2.0?

3D printed plastic house will be assembled “in a day” from Dezeen:

London architecture collective Softkill Design has joined the race to build the world’s first 3D printed house, announcing plans for a plastic dwelling that could be built off-site in three weeks and assembled in a single day.

“It will hopefully be the first actual 3D printed house on site,” said Gilles Retsin of Softkill Design. “We are hoping to have the first prototype out in the summer.”

The single-storey Protohouse 2.0 will be eight metres wide and four metres long and will be printed in sections in a factory. The parts will be small enough to be transported in vans and then snapped together on site.

“It would take up to three weeks to have all the pieces fabricated,” said Retsin. “Assembly on site is a one-day job, if the site is prepared before hand.”

“You don’t need any bolting, screwing, or welding on site,” he added. “Imagine a Velcro or button-like connection. The pieces are extremely light, and they just kind of click together so you don’t need any other material.”

A rival 3D printed house project by Dutch studio Universe Architecture was announced earlier this year, but Gilles dismissed its claims. “We actually don’t even consider that a 3D printed building because he is 3D printing formwork and then pouring concrete into the form,” Retsin said. “So it’s not that the actual building is 3D printed.”

Softkill Design’s proposal is a development of Protohouse 1.0 (shown here), an earlier prototype printed house unveiled at the 3D Print Show in London last October. Instead of solid walls, the original Protohouse featured a fibrous nylon structure based on bone growth.

The organic, fibrous form of the prototype led Dezeen readers to compare it to “a dinosaur head made of spaghetti” and “a giant spider cave“.

Protohouse 2.0 takes the same approach, with plastic material deposited only where it is needed. “You’re aiming to use the smallest amount of material to achieve the strongest structure,” Retsin explained. And if you push that through to the extreme  you get something that is extremely fibrous and extremely thin.” … 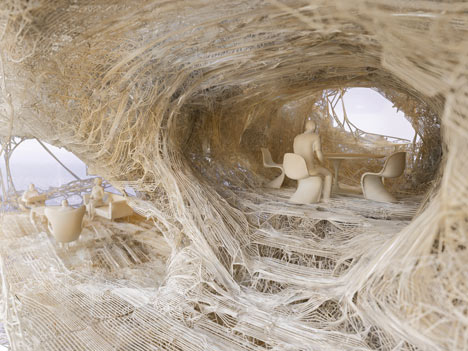 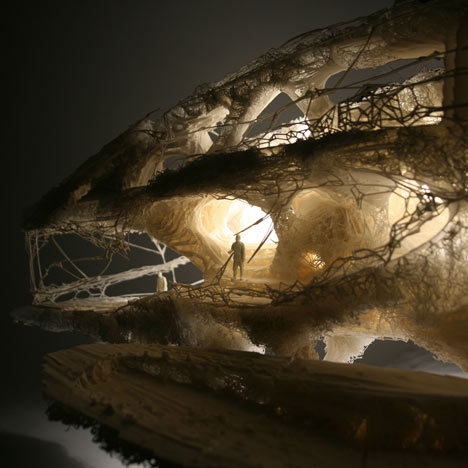